Rock legend Cherie Currie continues to inspire women through art and music. Her current music project is The Motivator, a collaboration with another icon, Brie Darling (drummer and vocalist for Fanny/Fanny Walked The Earth) and produced by Grammy-nominated producer Dave Darling. The album released in early 2019 and is a collection of favorite covers like The Kinks’ “Do It Again”, John Lennon’s “Gimme Some Truth”,  and Stevie Wonder’s “Higher Ground”, along with fresh new tracks such as “Too Bruised” and “This Is Our Time”.  You can download The Motivator here.

Currie’s rise to fame came at age 15, when she was chosen as the lead singer for the 1970’s band The Runaways (Joan Jett, Lita Ford). They were an edgy, hard-sounding all female group who were still teenagers when they took the world by storm, opening for Cheap Trick, Van Halen, Tom Petty, and The Ramones. Their second album led them to Europe and Japan becoming the fourth most popular international act behind Led Zeppelin, ABBA, and Kiss. It was a roller coaster ride of a career that inspired her to write the autobiography Neon Angel: The Cherie Currie Story, which released in 1989. The band’s notorious story of life in the fast lane spawned the 2010 movie The Runaways. 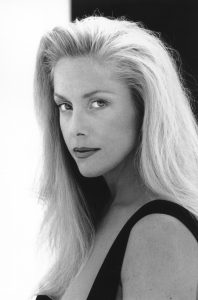 Life after the Runaways continued when she recorded Messin’ With The Boys with sister Marie on Capitol Records. Shortly after that album, Currie embarked on an acting career, gaining critical acclaim for her role in the 1980 movie Foxes starring opposite Grammy-Award winning actress Jodi Foster. That performance led to roles in films like Wavelength with Robert Carradine, Parasite with Demi Moore and, Twilight Zone: The Movie with Dan Aykroyd. Her TV career included roles in Murder She Wrote, and Matlock.

In 2000, Currie discovered another way to express herself; she became a professional chainsaw artist, carving breath-taking sculptures out of wood. Known as the Chainsaw Chick, Currie won many competitions, eventually displaying her works at the Log Cabin Mercantile in Chatsworth, California. With an impressive career spanning over four decades, Cherie Currie shows no signs of slowing down. She just performed with Brie Darling at the Grammy Museum to promote The Motivator, and is getting ready to tour at the end of this year.

WiMN: What inspired you to create your new album The Motivator with Brie Darling, and what has that process been like?

CC: I’d been asked to sing background on the Fanny Walked The Earth album. Girls that had broken the ice over 5 decades were a part of this day; from The Go Go’s, The Bangles, and more. I was thrilled to be asked but really wanted to meet the girl behind the voice and that was Brie Darling. We hit it off. I was immediately up front with how special her vocals were to me. I guess they (Brie Darling and her producer husband Dave Darling) felt the same way about my voice at the end of that session. They invited me back to sing some solo backgrounds. It was there that they breached the idea of making an album together, but I didn’t take it seriously. I was selling my home and leaving the music business and yet, there was something so special about them. Dave Darling is a six time Grammy nominated producer and Brie has so much talent. I respected them both so much. I just had to do it.

WiMN: You just released your third single with Brie, a cover The Kink’s “Do It Again”. Could you share with us what this song means to you and why you chose to cover it?

CC:  We just loved the song! Classic Kinks! Dave Darling’s arrangement slays it and brings it present time. It’s so different from the original but still keeps the integrity that made the song great in the first place. Also, over thirty years later we can all relate to the hustle and bustle life. We just had fun with it! Phil Campbell (Motörhead’s founding member) stepped in as the voice of the conductor, and we had friends and family acting out the pushing, shoving and complaining of swollen subways at rush hour. It was fun! 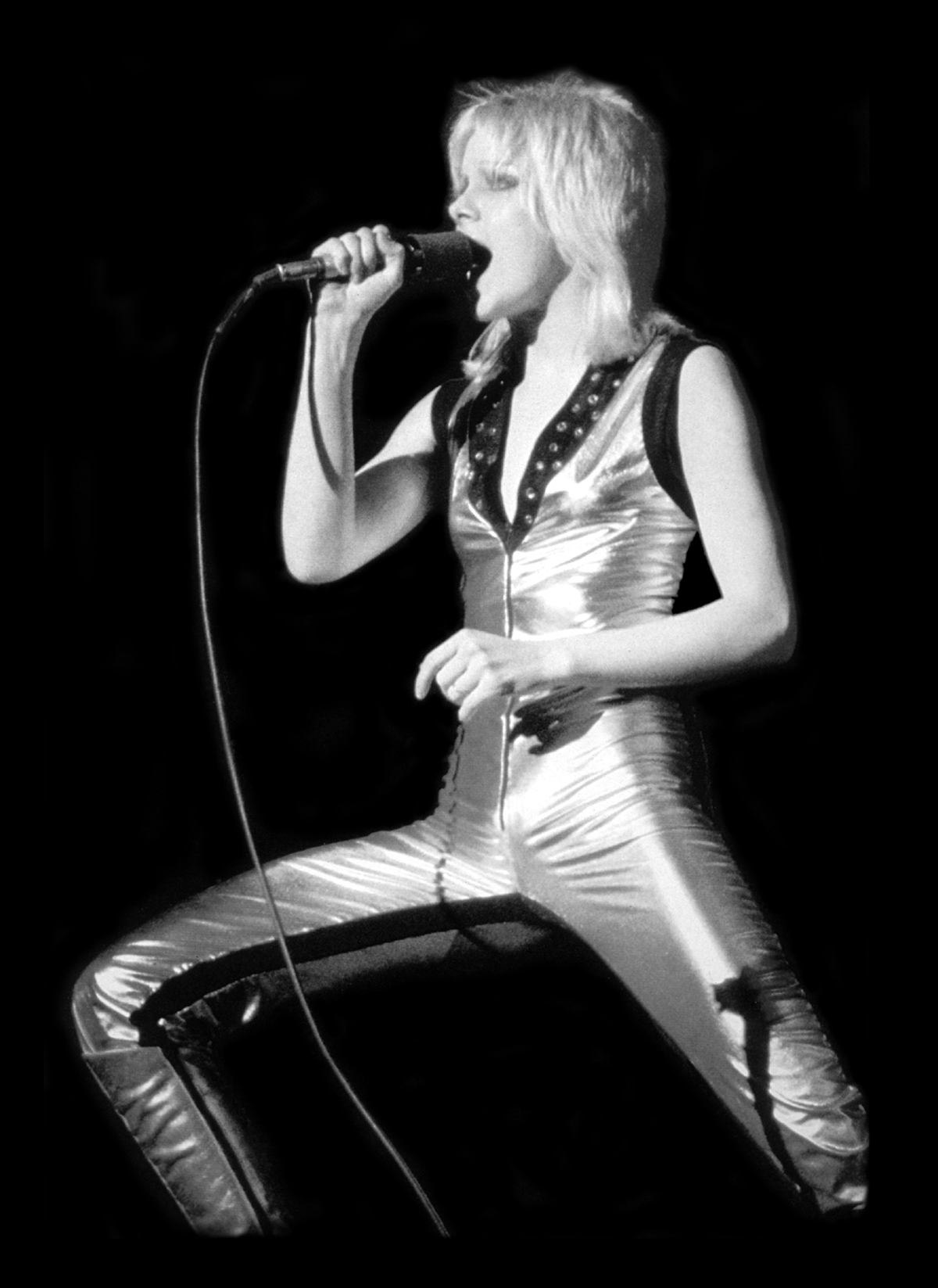 WiMN: Have you noticed improvement with attitudes and actions towards women musicians/artists since your career began back in 1976?

CC: There is no comparison in today’s music world. Women have come so far. In my opinion, it’s an equal opportunity industry. Although, age could make it tougher, of course! Been the story of Brie’s and my life. But we’ve never walked away from a challenge.

WiMN: You discovered another way to express yourself in the form of chainsaw art – your work is amazing! Are you still competing in competitions, and showcasing your work?

CC: I stopped competing in 2005 yet it’s been my main career for 19 years. I’ve only been doing special orders since production on The Runaways movie started, but have fallen in love with it all over again. I always have orders to fill!

WiMN: Shortly after leaving The Runaways, you began counseling teens to help them overcome alcohol and drug addiction.  Are you still involved in that?

CC: No, I left that career back in 1987, but I do find people reaching out to me on social media. I always do my best to help. It’s a lifelong disease.

WiMN: You and Brie Darling recently performed at the Grammy Museum in celebration of the release of The Motivator. What was that experience like for you?

CC: We had a blast. With only three rehearsals it still felt so right. Some things you just ease into. It’s rare but it happens. The right people, the right time and I’m so grateful. For all of it.

WiMN: Would you care to share some advice to women who are considering a career in the music industry? Any advice to men on lifting women up?

CC: I think we need to lift everyone up. Men have gotten a bad wrap lately. Women don’t need to be lifted up anymore then men do today. We are strong and have come so far! It has to be a two way street. All I can say is embrace your personal power and be the best individual YOU can be… for everybody. 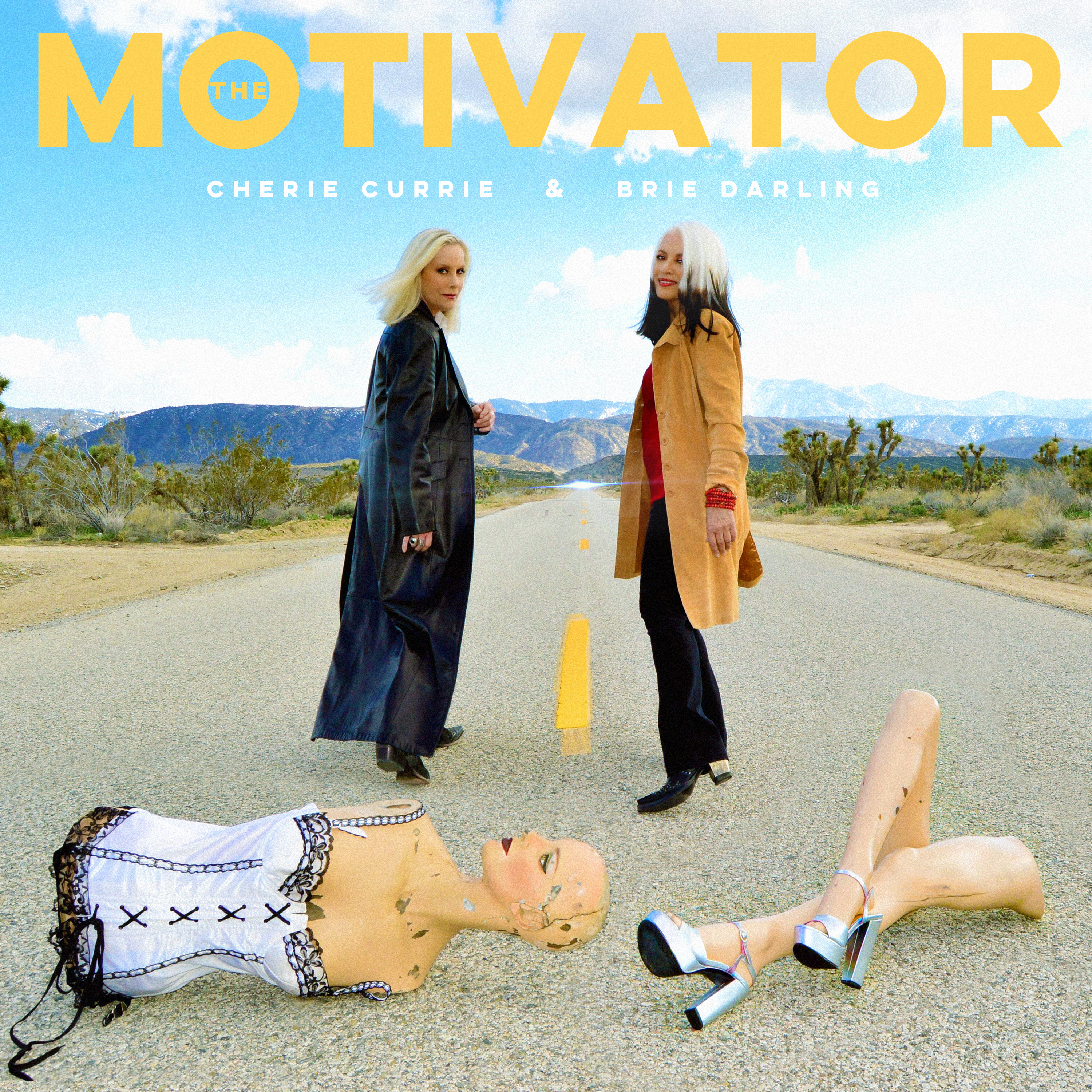