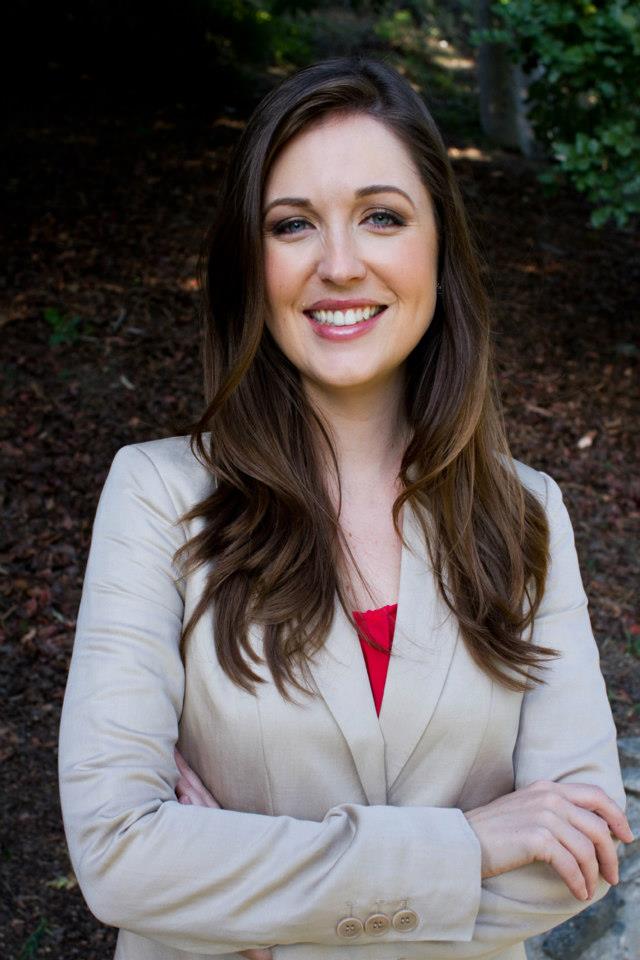 During her seven-year tenure as the Executive Director of the Fender Music Foundation, Moriah Scoble has helped reach over 190,000 people of all ages across the United States through musical instrument donations.

The Fender Music Foundation is a music charity funded by people who want to strengthen the state of music education, people who believe music is an integral part of society and want to make music more accessible to everyone.

Learn more about the Fender Music Foundation here, and while you’re at it, make a donation, too!

WiMN: How did you get started in the music industry?

MS: Music has always been a big part of my life. Although I’d worked with classical musicians and with arts non-profits before The Fender Music Foundation, this position was my first time in the rock world and in the musical instrument manufacturing industry.

WiMN: What do you as the Executive Director of the Fender Music Foundation?

MS: I execute Fender CEO Larry Thomas’ vision to give more people the opportunity to make music. I lead a fantastic staff, including a team of outstanding interns, and, in addition to awarding grants, we facilitate donations from the public, sell music memorabilia and negotiate relationships with companies who donate proceeds to our organization.

For example, right now, we are receiving proceeds from sales at Hard Rock, Volcom, and ReverbNation. I also keep our expenses low, keep our records transparent and ensure we are making the greatest impact we can with our resources.

WiMN: How long have you held this position?

MS: Larry Thomas started this non-profit when he retired as CEO of Guitar Center, Inc. I came in a couple months after he got it started in 2005. My title has morphed a little bit over the years, and things have definitely gotten more complicated as we have grown, but my role has stayed about the same these past seven years.

WiMN: Tell us about a touching experience you’ve had as a part of your job.

MS: Last year, a group put on an event to raise funds for us, so I spoke onstage about what the foundation is and about how important it is to give more people the opportunity to make music.

When I came off the stage, a woman walked up to me and told me how much what I said resonated with her and that her daughter was recently given the chance to learn guitar. She said she was so proud of her daughter and that she knew how to play it after only a few weeks.

When she started telling me more about it, I realized that her daughter’s school was one of our grant recipients, and I told her. She was the first parent I had met whose child had been touched by our work. Funny thing is that it happened again last month.

We’re starting to make a real impact, and there is nothing cooler than telling a mom that her kid is learning an instrument because of something The Fender Music Foundation did.

WiMN: A huge part of your job involves working with children. Do you see equal interest in music from girls as you do from boys?

MS: I actually don’t work with children very often. We primarily work with music program directors when they’re applying for a grant and ordering their instruments, so my answer here is based on the photos and testimonials I receive from our grant recipients.

I see just as many girls as boys in these music programs. I always have. When I attended my first few NAMM shows, I remembered thinking how odd it was that there were such few women there, but especially these past couple years I see the ratio becoming more and more balanced. And, even if the industry isn’t in balance quite yet, there seems to be just as many female musicians as male musicians.

WiMN: Are you a musician? If so, what instrument(s) do you play?

MS: I play cello. I’d never planned on being a career musician or even a soloist, but having that opportunity has enhanced my life. As a kid, it was primarily an escape from a rough childhood, but it also taught me to listen to others and work as a cohesive team. I am grateful for the impact it had on my brain with my language, coordination and math skills, and that is why I want others to have this opportunity. They don’t have to be good. They just need the chance to play.

WiMN: What is an interesting and little known fact about you?

MS: My mom was the world’s second surrogate mother. She had a little girl for a couple who couldn’t have one while she was married to my dad and when I was little.

She was pregnant at the same time as the first surrogate mother, when it was a risk and people weren’t sure how a woman could just give a baby she gave birth to back to its biological parents. That risk not only provided us with a better life, allowing my mom to later put a down payment on a house, she also taught me how far we should go to help others, do what’s right and persevere even when things are difficult.

WiMN: What do you like the most about your job?

MS: I love that I get to make a significant impact on the musical opportunities people have in this country. We’ve reached over 190,000 people through our grants, and I have no doubt that we could double that in the near future if we band together.