Are You Ready For The Next Big Rock Band?

The Women’s International Music Network in partnership with multi-platinum songwriter/producer Holly Knight and film producer Lissa Forehan announces auditions for a new music project aimed at creating the next great virtuoso rock band – composed entirely of top female players. The team is requesting interested performers to submit for a chance to audition here.
Knight shares, “It’s time to shake up the music world, to create a showcase that features the creative talent and genius that exists out there even as we speak…one of female angst, intelligence and true virtuosity. We couldn’t find the opportunities out there, so we’re creating them by taking control of our own destinies – creating those same opportunities that have been dominated by men for decades and making a space for women to show what we are capable of, and what we are made of. Only women need apply.”

The project is the brainchild of Knight, in partnership with Laura B. Whitmore, music industry veteran and founder of the Women’s International Music Network and the She Rocks Awards, and film producer Lissa Forehan (More Beautiful for Having Been Broken). A Songwriters Hall of Fame inductee, Knight has written and co-written songs that have appeared on records totaling more than 300 million in record sales. She is perhaps best known for penning empowering hits for artists like Pat Benatar (“Love Is A Battlefield,””Invincible”), Tina Turner (“Simply The Best”, “Better Be Good To Me”) and Patty Smith (“The Warrior”) among many others.

“As a creative producer with a passion for projects that honor women, this is the perfect time, given the 2021 induction of 8 women into the Rock ‘n’ Roll Hall of Fame, to launch this collaborative project that highlights the role that rock music plays in women’s lives, and that is particularly unique to us,” shares Forehan. “Our vision is to bring together 5 virtuoso musicians to play and collaborate with Holly Knight, while also paying homage to the women rock musicians that came before them, the women who started something that this generation needs to finish…”

Interested performers should fill out the form on the Women’s International Music Network website found here. The entry deadline is August 31, 2021.

A vital force behind the sound of some of rock’s most powerful female artists, Holly Knight’s iconic musical imprint is woven into the very fabric of the MTV generation.

Throughout the 1980s, singer/songwriter Holly Knight composed anthems that became the soundtrack for millions of people’s lives, and also created and crafted empowering odes to independence, liberation, and equality. For all of the dozens of recognizable songs she has written, however, working with legends including Rod Stewart, Kiss, and Aerosmith, it was her collaborations with female artists that truly broke through, giving a new voice to women all over the world. Defiant, purposeful, and ultimately triumphant, her work with Tina Turner, Pat Benatar, and the band Heart among others also helped pave the way for the next generation of defining female musical masters including Amy Winehouse, Adele, and Lady Gaga. It was the music and words she wrote. But it was also the visual representations on MTV that helped define Holly’s work for the masses. “Love is a Battlefield.” “Better Be Good to Me.” “The Best.” “Never.” My Obsession.” “Rag Doll.”

Her songs have appeared in movies as varied as Mad Max Beyond Thunderdome, Thelma and Louise, Thirteen Going On Thirty, Anchorman ll, Dallas Buyers Club, The Other Woman, and have featured on TV shows including Schitts Creek, GLOW, Stranger Things, The Masked Singer,Saturday Night Live, The Tonight Show Starring Jimmy Fallon, American Idol, The Voice, The Simpsons, South Park and Family Guy. Not one to sit back on her laurels, Knight is still as passionate and driven about music as she was in her late teens. Thriving on diversity, it’s her ability to move from one genre to the next that has given her this 40-year career in music. The list goes on for this 2013 Songwriters Hall of Fame inductee, just as the legacy does, and will, forever.

About Lissa Forehan
Lissa Forehan is a screenwriter, producer and music supervisor. Building heart and soul into every project she is involved in is her personal goal. In May 2020 she released a multiple award-winning feature film she produced: More Beautiful for Having Been Broken. A female driven project with a beautiful message, the film has won numerous awards, most notably a Telly Award in the unique category of “Diversity & Inclusion.” She will be documenting the project and process with the goal of sharing the band’s formation and journey. 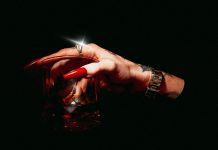