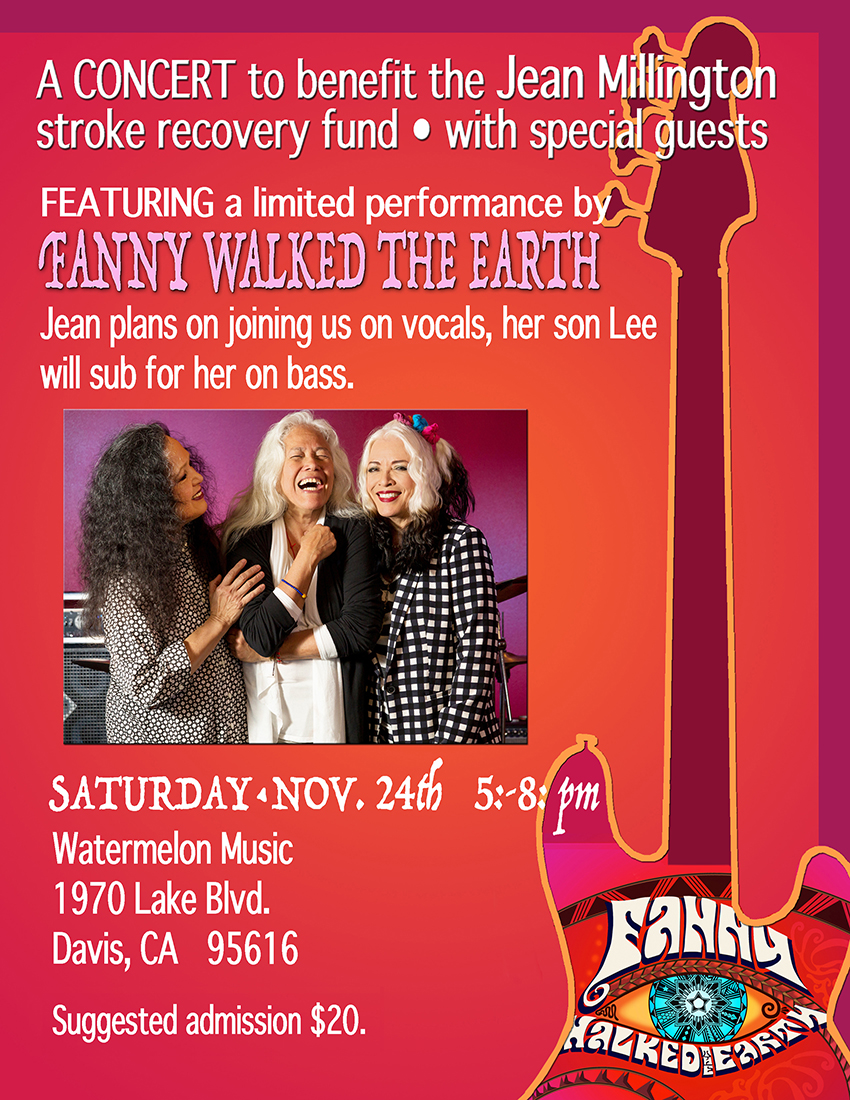 Legendary all female rock band Fanny Walked The Earth will host a one time performance on Saturday November 24 in Davis, California. Formerly Fanny, original band members June Millington (Guitar/vocals), Brie Darling (Drums/vocals), and Jean Adamian-Millington (Bass/vocals) will be on hand to perform 5 classic originals. Jean, who recently suffered a stroke will sing vocals, while her son will fill in for her on bass.  This exclusive, intimate concert benefits June’s stroke recovery fund. Other bands to be announced. Space is limited, and advance ticket purchase is recommended ($20).