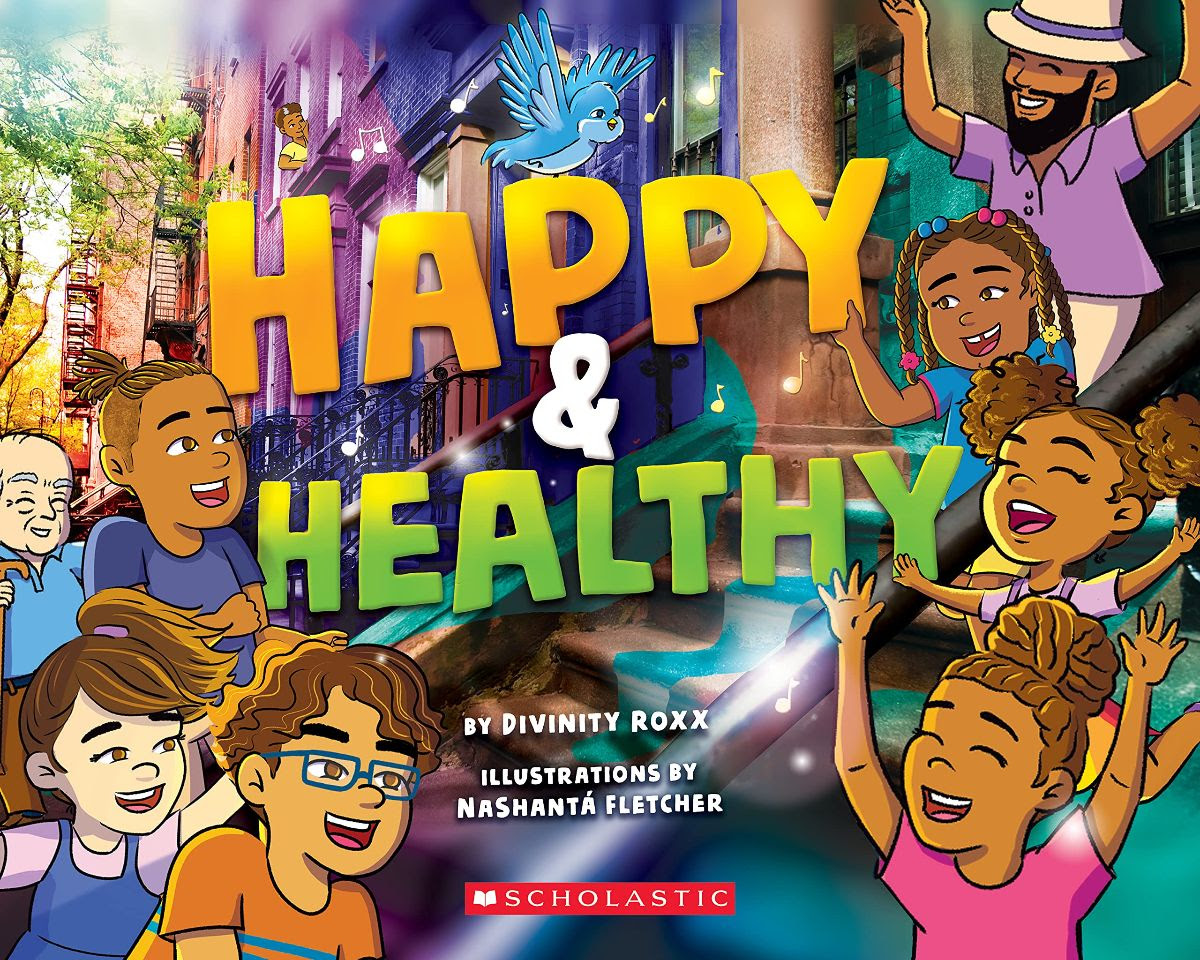 Musical director and world renown bassist Divinity Roxx shared some exciting news! The lyrics to her new single, “Happy & Healthy” are being released as picture books by Scholastic as part of their commitment to provide authentic and inclusive books to support family and community engagement. The book Happy & Healthy is part of her production company Divi Roxx Kids, and will be available November 1st. You can pre-order Happy & Healthy on Amazon here.

Joyful children move and groove to their own beautiful beat in this catchy, hip-hop celebration of life and health by celebrated musician and songwriter, Divinity Roxx. Artful illustrations of diverse community members combine with photos of authentic urban environments from around the country for an innovative, vibrant, real-world feel.
Every book purchase includes exclusive access to the catchy song…to sing along! 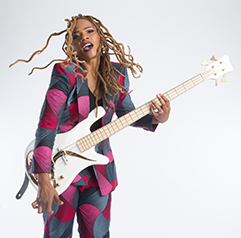 Inspirational and genuine, Divinity Roxx is a GRAMMY-nominated musician, recording artist, and composer who has earned the reputation of irrefutable front-woman of her own genre-bending and compelling musical journey. Her career as a bass-player skyrocketed after attending a bass camp led by the legendary Victor Wooten where she was invited to tour with the 5 time Grammy award wining virtuoso three months after the camp.

After touring with Victor for 5 years, she toured and performed with Beyoncé as her bassist and Musical Director. She was also a featured soloist on tour and composed original music for the I…AM Sasha Fierce tour and DVD. She has appeared on countless television shows including The Grammy’s, SNL, Good Morning America, Ellen, and more, with personal highlights including a special performance at The White House with President Barack Obama, and an appearance on the hit TV show ‘Soul Man’.

Despite her appearances with so many legendary and iconic figures, it is in her solo performance that Divinity shines brightest. She combines virtuosic bass playing with an eclectic mash-up of hip-hop, rock and funk that she calls ‘Alternative Soul’. Her passion for composition combined with her lyrical prowess and electrifying stage presence captivates audiences worldwide. Her 2016 release ImPossible received critical acclaim and earned her an Independent Music Award for ‘Best Spoken Word Album’.

One of Divinity’s core values is to inspire others through her art and she works to fulfill that mission by teaching Master Classes around the world. She has been a guest instructor at the BIMM Schools in the UK and Germany, Carnegie Hall, Girls Rock Camps, and was chosen to teach the ‘Art of Emceeing’ in Santo Domingo by the US State Department Cultural Diplomacy Program ‘Next Level’.

Divinity is furthering her mission as a recording artist to inspire and empower others through her newly formed production company, Divi Roxx Kids. She is currently writing, recording and producing a full-length Family Music album set for release in the Fall. Her first single, Ready Set Go! encourages kids to meet opportunity with preparation in order to reach their goals.

Divinity currently lives in New Jersey and continues to tour, teach, and produce multiple projects. She is currently writing a stage play and a series of children’s books.