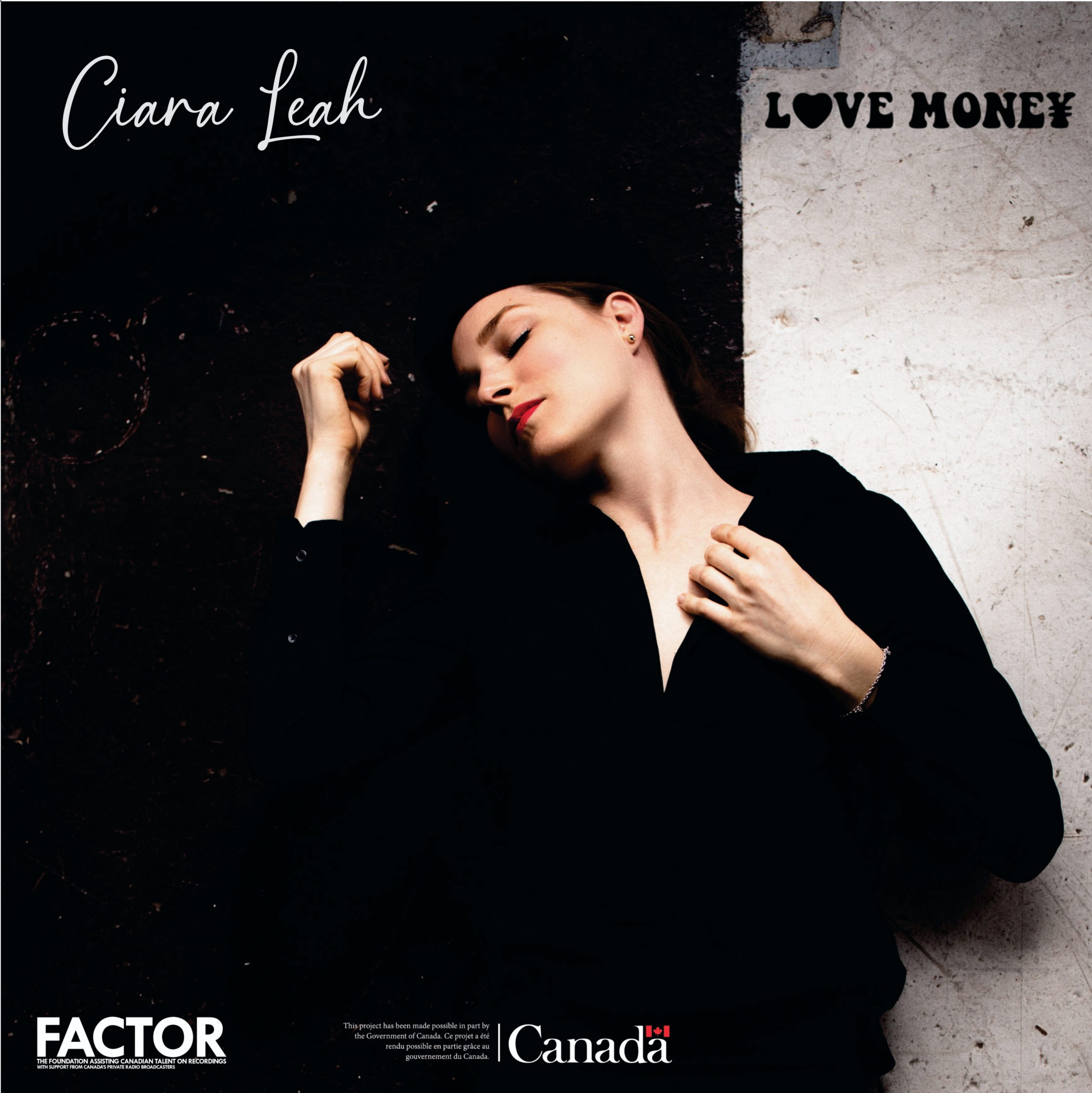 This is an album you play from front to back – and on repeat. Co-produced alongside Juno-nominated producers Chris Rouse and Thomas McKay, Love Money is a declaration of faith, a celebration of love, and a social critique, all at once. A fun, smooth R&B soundscape, the album features emotional yet consummate soul vocals and harmonies from Ciara Leah, as well as many jazz solos on keys. The project was funded by FACTOR and is available on all streaming services here.

“This project is about community – ‘it’s a family affair,’ to quote Sly Stone. My best friends are all over the project and my children have included their unique signature, as well,” says Ciara. Industry veteran Thomas McKay has curated a safe space to create, which is important to me as a new artist and as a woman. And Chris Rouse is dangerous in the best way. He brings ‘funk’ and ‘feel’ and he is probably the most underrated artist I know. They have both mentored some of the greatest and most successful talents to ever come out of Toronto. I am truly blessed for this opportunity.”

The project is funded by FACTOR (the Foundation Assisting Canadian Talent on Recordings), which is a public/private partnership that supports the production of sound recordings by Canadian musicians and helps Canadian music companies make recordings available to a wider public.

Ciara Leah (“Key Are Aliyah”) is a musician, singer-songwriter, and producer from Toronto. Her soulful sound combines conscious lyrics and dynamic vocals with the colours and harmonies that cross Classical, jazz, and gospel lines and a rhythmic sensibility that draws from classic funk, R&B and hip hop.

Ciara has performed in Toronto, Los Angeles, and New York City, including an opportunity to be part of an opening performance for Brandon Coleman and Kamasi Washington as well as various festival performances, including NXNE, Canadian Music Week, and iLive Soulfest. Grammy award-winning producer and engineer Ron Saint Germain says: “She has a natural gift for performing. I was immediately taken aback by her incredibly soulful approach to vocalizing, much more in keeping with that of an ‘older soul’, well beyond her years. Her total immersion into the material and her piano playing transported me as indeed, all great music does.”