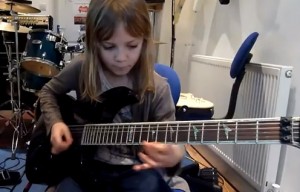 Thompson picked up the guitar at 6 and joined a group called The Mini Band, whose members are between the ages of 8 and 10.

The Mini Band’s YouTube videos have gone viral, and the kids have received praise from bands like Metallica and prog rock band Dream Theater.

Check out Thompson’s year-by-year performances below, and visit The Mini Band’s website here.

“Stratosphere” by Stratovarius at 8 years old

“The Pretenders” by Foo Fighters at 9 years old 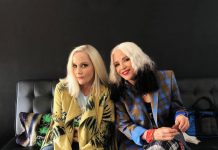