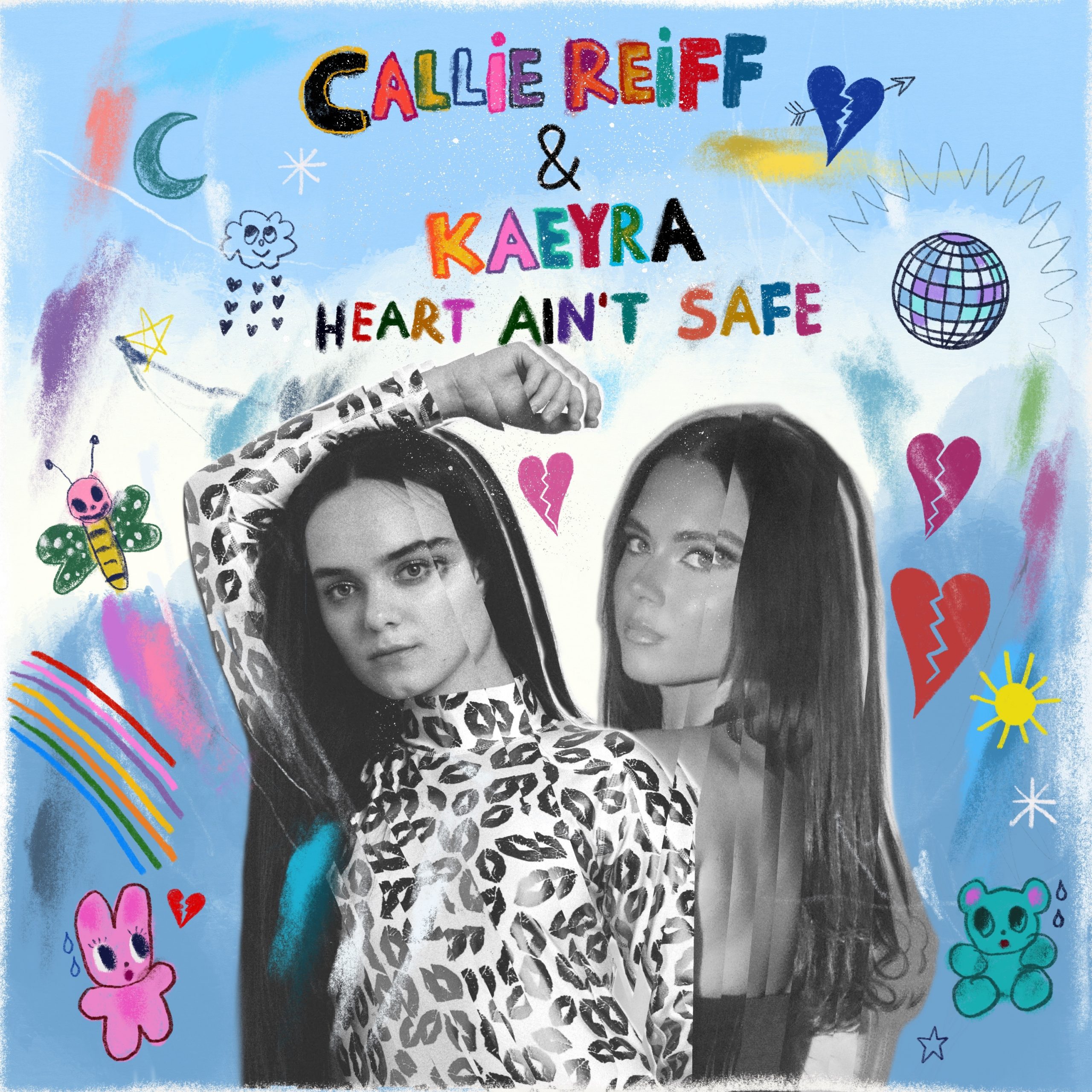 Artist/producer Callie Reiff and singer-songwriter Kaeyra have teamed up to deliver a knockout single, “Heart Ain’t Safe.” EDM Identity exclusively premiered the single, describing it as “dark, feminine, and bold.”

The track represents another bold progression for multi-hyphenate act Callie Reiff who has been making waves this year with a string of impressive singles. On “Heart Ain’t Safe,” her soaring soundscapes and hypnotizing beats provide a cinematic base for Kaeyra’s soulful vocals — it’s the perfect example of Callie’s signature ‘indie-club’ sound, which she describes as a fusion of “pop/indie-forward vocals and New York club energy production.”

“‘Heart Ain’t Safe’ is about that one person who is always in the back of your mind. Wherever you are at, you know if they were there you would ditch the party to be with them,” Callie says. “I tried to mimic the lyrics with a somewhat dark feeling bassline, intense drums, and an energy that makes you want to be in the middle of a dark rave dancing with all of your friends.”

About Callie Reiff: As an accomplished producer, DJ and all-around performer, 21-year-old Callie Reiff made history, at just 15 years old, as the youngest DJ to perform at Webster Hall – since then, she’s taken the stage at festivals such as Creamfields, EDC Las Vegas, Tomorrowland, and Ultra and she’s opened for world-renowned acts including Ed Sheeran, Skrillex, and more. From the start, her bubbling fearless energy, unrivaled character, and infectious musicality has captured the attention of tastemakers like Teen Vogue, Hollywood Life, The Cut, BBC Radio 1’s Annie Nightingale, Rinse FM’s Marcus Nasty, and Diplo. IG – TW – FB – DSP Link

About Kaeyra: 19-year-old Kaeyra is a singer, songwriter and multi-instrumentalist hailing from Chicago and now based in Los Angeles. Her talents have taken her across the world, including a trip to Warsaw, Poland where she performed for the Polish president at his request. In May 2021, Kaeyra released her debut EP 11.11.  IG – TW – FB – DSP Link