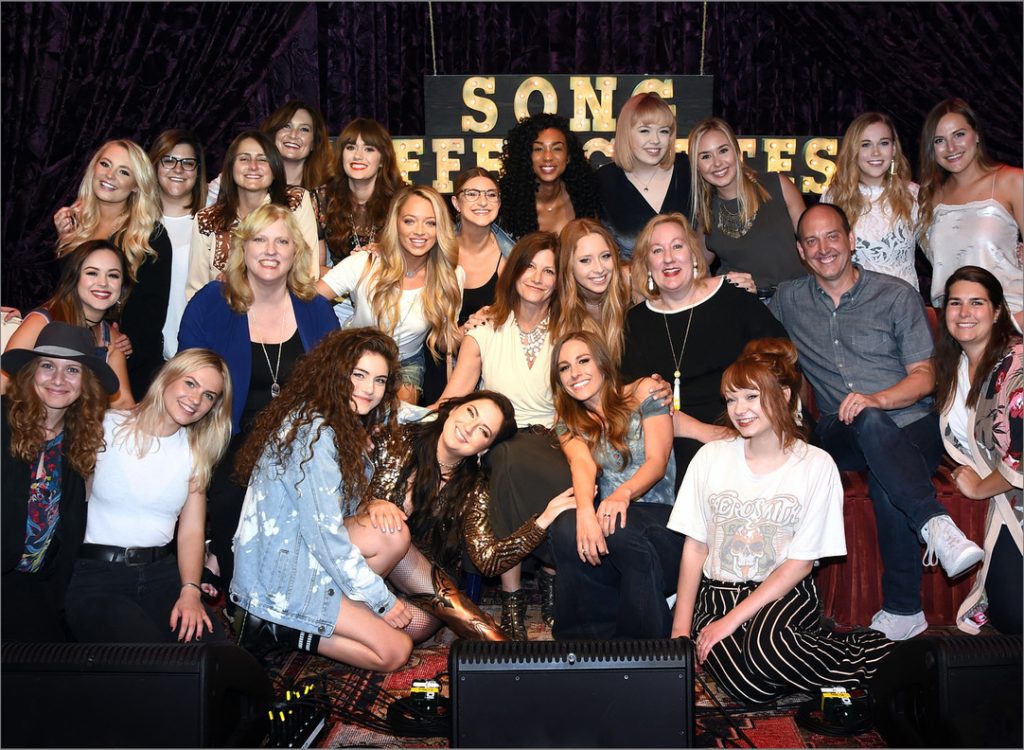 On June 11, all female singer-songwriter showcase Song Suffragettes hosted their fourth annual show at the Hutton Hotel in Nashville, TN. The show was sold out and featured performances by Kalleigh Bannen, Candi Carpenter, Alys Ffion, Tegan Marie, and more. There was also a panel, moderated by Billboard‘s Phyllis Stark, featuring Red Light’s Tracy Gershon and MTSU’s Beverly Keel who talked about the misrepresentation of women in country music.

Founder Todd Cassetty explains, “Since its inception over four years ago, Song Suffragettes has always been about providing the opportunity for women to be heard, Our fourth anniversary show was a celebration of those female voices and we couldn’t be more proud of the 10 women who took our stage and the industry leaders who came out to speak about the ongoing gender disparity in country music. As we say at Song Suffragettes, #LetTheGirlsPlay!”