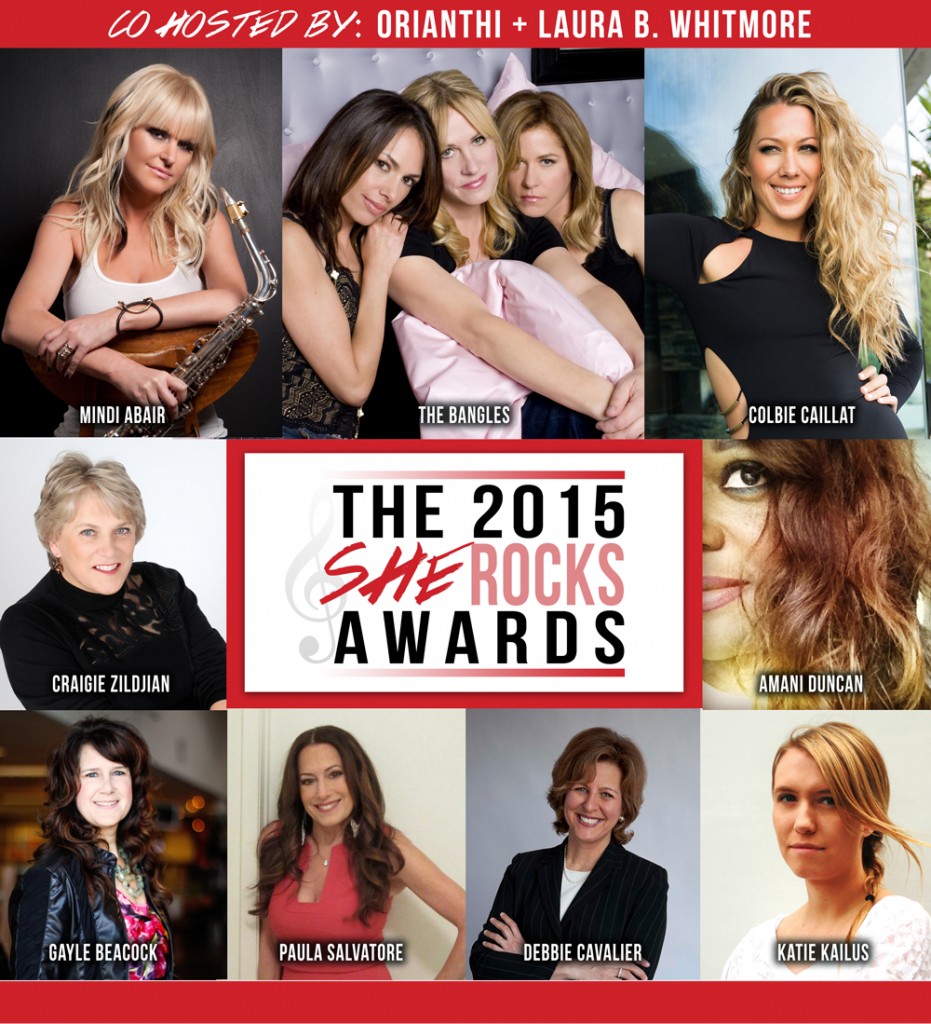 The Women’s International Music Network is thrilled to announce the complete lineup for the 2015 She Rocks Awards, taking place Fri., Jan. 23, 2015 from 6 p.m. to 8:30 p.m. at the Anaheim Hilton Hotel in Anaheim, Calif., during the 2015 Winter NAMM show. Tickets are available here.

With an impressive artist lineup and co-hosting duties being shared between WiMN Founder Laura B. Whitmore and platinum-selling guitarist and solo artist Orianthi, the 2015 She Rocks Awards promise to be the most dynamic She Rocks Awards ceremony yet. Honorees include:

The She Rocks Awards will be kicked off by Americana band SHEL, and throughout the evening will feature an all-star house band led by acclaimed guitarist Gretchen Menn, and include Zepparella members Angeline Saris on bass, Clementine on drums, and guest keyboardist Jenna Paone.

With featured performances, food and beverages, giveaways, a silent auction, networking opportunities and more, the third annual She Rocks Awards brings together industry professionals, music icons, artists, fans, and media to celebrate women in music. A portion of the proceeds of the event will go to benefit the Girls Rock Camp Alliance.

This event has sold out for the past two years and does not require a NAMM badge to attend.

Purchase tickets and find out more about the She Rocks Awards at www.sherocksawards.com.