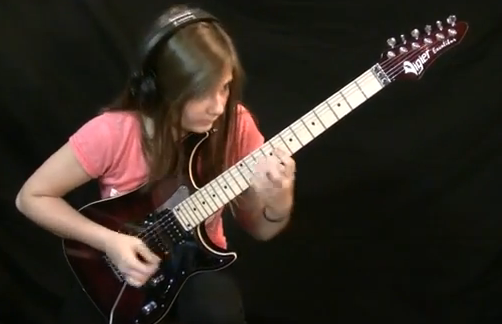 The tribute was composed by French guitarist Patrick Rondat, and is a guitar adaptation of Presto, the third movement of “Summer” from Antonio Vivaldi’s The Four Seasons concerto.