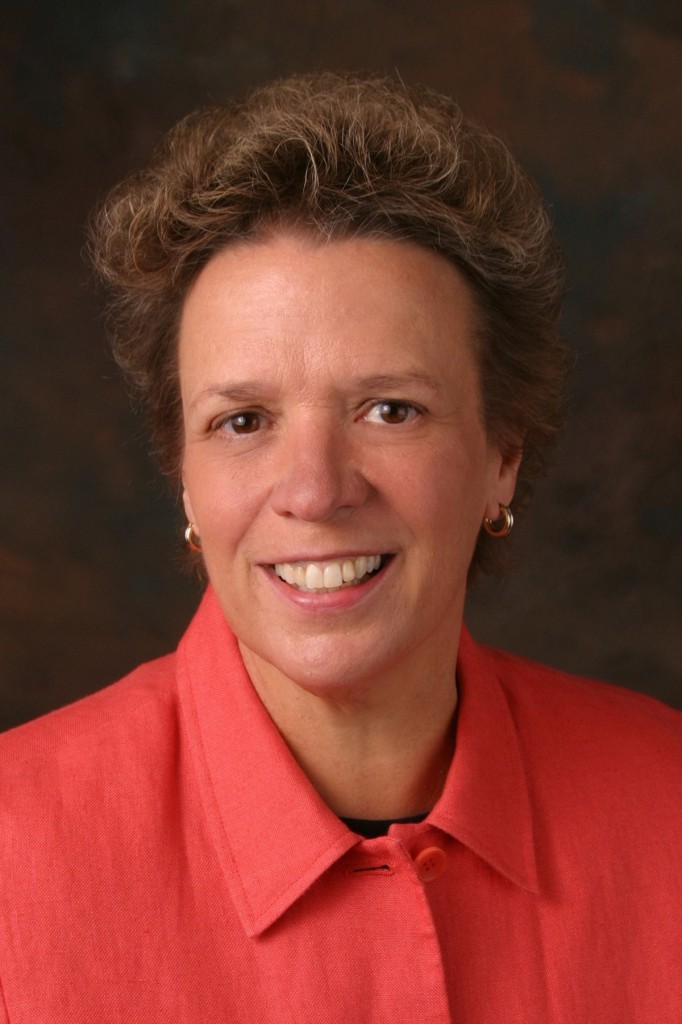 Robin Walenta has a fascinating success story that was born from what, at the time, seemed like an inconvenient obstacle. In the midst of exciting travel in Europe and the United States, Walenta’s car broke down shortly after quitting her job in banking. She needed cash, and she needed it fast.

Fate took her to the local classifieds ads in Iowa, where she saw an opening for an accounting position in West Music Co, a six-store, full-line retailer based in Coralville. She thought she’d be out of there in enough time to replenish her savings, and never imagined she’d climb up the ranks and eventually become the company’s President and CEO.

Walenta attended the University of Northern Iowa and Middle Tennessee State University before joining West Music in 1986. She was named president/CEO of the company in 2007. Walenta also serves as the Treasurer for NAMM, the National Association of Music Merchants. Walenta will be honored along with other female industry leaders at an awards ceremony on Friday, January 24, 2013, during the 2014 NAMM Show. Learn more here.

WiMN: When and What was the first contact you ever had with music?

RW: When I was in kindergarten I broke my leg in three places as a result of a merry-go-round incident. My parents took me to the Montgomery Wards to buy anything I wanted to help ease my pain. There was no inner debate: I bought the Batman soundtrack. And I still have it. Even with the presence of digital media, my ear for the true sound of LP’s remains strong.

Later, I first tried to enter the music industry back in the late ’70s when my graphic arts and photography skills led me to school in Tennessee, seeking an education that would springboard me into the record label business as an album cover designer. When that didn’t work out, I took a rather different approach to my career and followed my business sense into the world of accounting. After several years of banging my head on the glass ceiling in banking, I found myself as the controller for a small music retailer in Iowa, West Music. It was the perfect job because it combined my love for music with my knack for numbers. Thirty years later I am the President of that company and we are now the 14th largest music retailer in the United States.

Although I’ve taken a lot of lessons on various instruments – including piano, banjo, and guitar – I’m not a musician myself. My true musical talent is being an actively involved audience participant, as well as a strong advocate for assuring that everyone has access to both quality music education and affordable musical products. I have a deep love and respect for the power of making music. I have seen first hand the impact it has had on the lives of so many diverse boys and girls, so many diverse men and women.

WiMN: Describe your role as the President and CEO for West Music Company.

RW: I’ve never been a person who gets hung up on titles. Being a good leader by surrounding myself with extraordinary talent, setting our vision through strategic objectives, and allowing each associate the opportunity to contribute to our mission through their personal growth and development directs my role as President. We are a very customer-focused organization, recognizing that it is our customers who drive our decision making processes.

WiMN: You are the first woman to be elected to the four-person executive committee in NAMM’s 112-year history. Tell us about the feeling of being the first woman bestowed with that position.

RW: It is a tremendous honor and one I take very seriously. Although it’s important that NAMM recognizes the need to include women at all levels of the organization, for me it’s not just about being a woman, it’s about being a representative for the 9,000 plus members, assuring that their voices are heard and that our association contributes to their success through the circle of benefits. I am very fortunate to sit on the executive committee with four other very talented and thoughtful individuals who work together to outline and implement the Vision, Mission and Objectives of the Association. There are so many women in and around the music industry who are having a tremendously positive impact on it. The Women’s International Music Network is a true testament to the ever-growing strength and creativity of women throughout our industry.

WiMN: You are the treasurer for NAMM. What exactly are your responsibilities?

RW: As Treasurer it is my responsibility to ensure the integrity of the fiscal affairs of the association. I work in an oversight capacity in coordination with Joe Lamond and Larry Manely – NAMM President and NAMM CFO, respectively – and the outside audit firm of Allan Rosenthal.

WiMN: How has the music industry changed since you first started?

RW: Clearly, the consolidation of both suppliers and retailers, the ever-increasing presence of on-line commerce, and the positive professional representation by women as business leaders are some of the more significant changes in the music industry. At my first NAMM show over 30 years ago most women on the showroom floor were in vendor booths used as props to get men to stop by to see their “products.” Since I knew I was not hired for my “glamour,” I used my business skills to educate owners and buyers in our industry that we have to have a plan – a plan that encompasses financial budgets and marketing strategies for a rapidly changing business environment, as well as the development of energetic and resourceful employees focused on our customers’ needs.

WiMN: If you weren’t in the music industry, what do you think you’d be doing?

RW: Good question! You know I have never been a person to want to live with regrets. I love what I do and why I do it. I suppose if I weren’t in the music industry I would be in some type of business that involved having fun – surrounded by people who enjoy doing the same. Maybe my love for travel and my thirst for creating new experiences would have led me to a career as a travel guide for “off the beaten path” adventures.

WiMN: What one piece of advice has served you the most in your career?

RW: I sign off on all my emails and voice mails with the slogan, “make it a great day.” I believe it is up to each and every one of us to live each day to its fullest and to inspire those around us to do the same. You don’t always get a second chance so make every first interaction count. None of this glass half stuff, make sure your glass is full, or better yet, over-flowing.

WiMN: Have you experienced prejudice for being a woman during your career in the music industry?

RW: Although I have seen prejudice in our industry, I have been very fortunate to have been “raised” in a company where that is not tolerated – let alone, practiced. I have had so many opportunities to grow based on what I do and not who I am. Prejudice is about ignorance and misunderstanding and the best way to reduce or eliminate it is through interaction and education. Congratulations to Women’s International Music Network for being that teacher, for bringing together the many diverse and individual voices necessary to give women the recognition and attention we merit in a very male-dominated industry. Together we do make a difference!

RW: Mary Luehrsen, Government Relations Director for NAMM, whose passion and tireless energy for creating more music makers through her advocacy efforts has taught me so much about political processes and the efforts necessary to assure music as a right for all children. My stubborn and always fun-loving mother. She taught me if we push the boundaries, we’ll make room for everyone. She taught me to be determined and to commit myself fully to what I love – to be “all in” whatever the endeavor. My father who was the polar opposite to my mother. His quiet, caring, patient disposition demonstrated to me that you don’t always need a sledgehammer to move a wall. And finally, Steve West. Over the past 30 years I have been extraordinarily fortunate to have been educated by one of the greatest men and leaders in our industry. I am here today because of the opportunities Steve has afforded me.

WiMN: Any words of encouragement to young women seeking career opportunities in this industry?

RW: Commit yourself. Be a good student but an even better teacher. Surround yourself with people who share your passion. NAMM and WiMN provide powerful networking opportunities for you to interact with your peers and to create life-long relationships that will help you grow and cultivate your career in music.