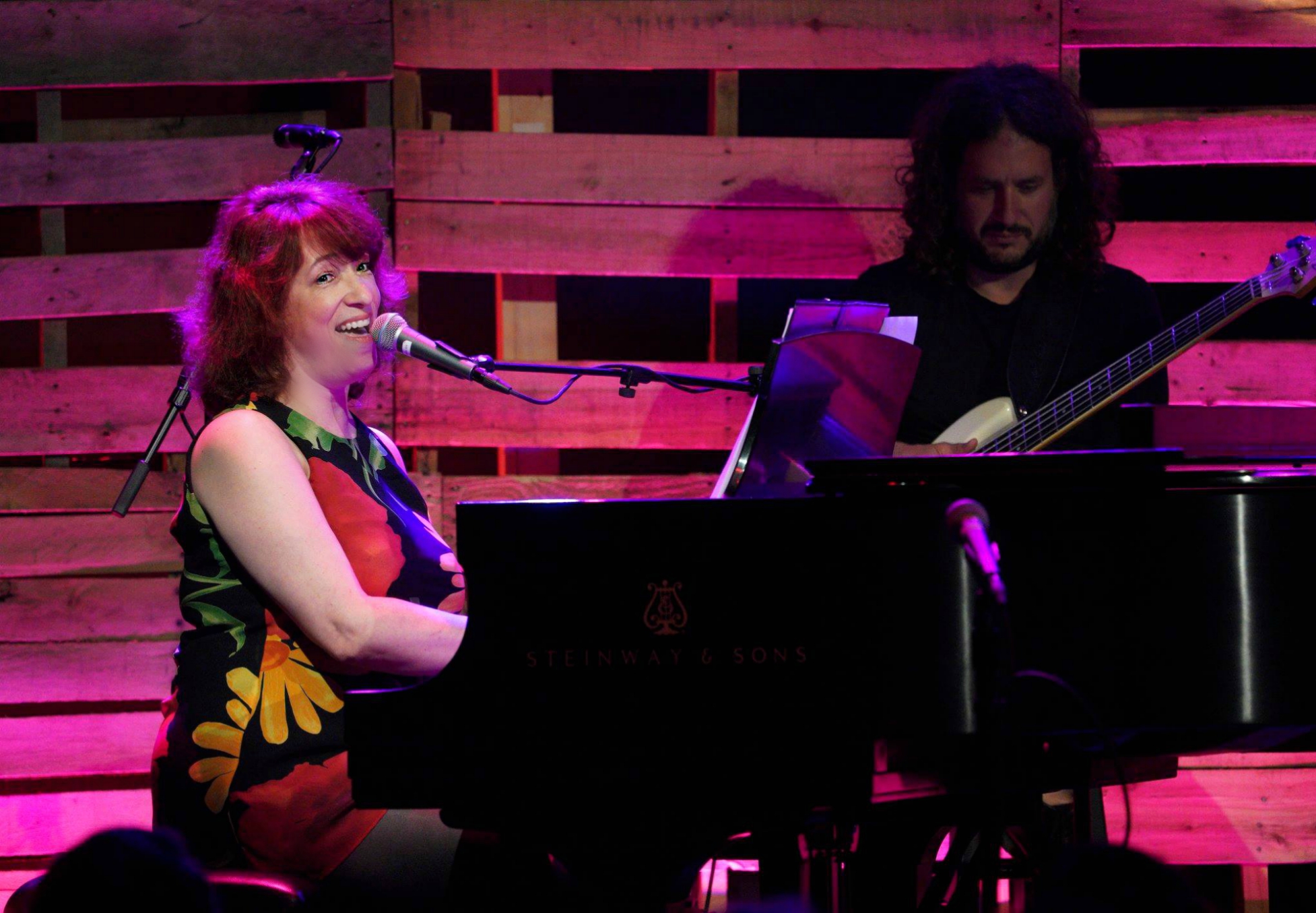 Think of a person who is an accomplished, successful overachiever. Now, multiply that by ten, and you will have Amy Engelhardt. Because when writing, composing, and singing are your true gifts, you will seek out all the ways to manifest your dream.

Engelhardt is a woman who has vivaciously carved out a name for herself in the music industry. Originally a classically trained theater performer, she has appeared in over 50 regional productions ranging from a European tour of JESUS CHRIST SUPERSTAR and many “Audreys” in LITTLE SHOP OF HORRORS, to Shakespeare and Simon. She also sang for 14 years with the Grammy-nominated vocal quartet, The Bobs and currently is an honorary member of the Vienna Boys Choir. Her award-winning vocals can be heard in her solo album, NOT GONNA BE PRETTY and block buster movies like Jurassic World, Real Steel, and Planet of the Apes. As an acclaimed composer, Engelhardt was nominated Best New Musical by Off-Broadway Alliance for for her Off-Broadway debut with BASTARD JONES (2017).

Her milestone awards are as follows:

Adding to her list of accomplishments is being a master class clinician, educating students in vocal performance, group performance, choral performance, stage savvy, songwriting and auditioning – and often adjudicates at major a cappella competitions in the U.S.

Plus, Engelhardt is insanely funny. Her lyrical satire has been enjoyed by many. She received rave reviews by Blu Notes, KQED in San Francisco, and the Chicago Sun Times for her Christmas song, “How Did This Thing Get In Me?”. “Amy Engelhardt sings her cheeky “How Did This Thing Get in Me” from the perspective of the Virgin Mary, with Shearer voicing a befuddled Joseph, a Jerry Lee Lewis-styled perennial in the making, although it may not appear in the program of your local church’s Christmas pageant just yet.” – Chicago Sun Times. She is truly a pioneer in the music industry. 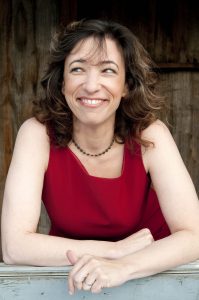 As soon as you catch your breath from this short version of her many, many accolades, continue on below with my interview on Amy Engelhardt. I ask her the tough questions as I dig deep to find out what fuels her fire, how she finds balance between work and relaxation, and what she has in store for 2019!

WiMN: Please share with us a little about the role music played while you were growing up, and what motivated you towards the style of music you create and play.

AE: I was an academic geek, but music and theatre were always What Amy Was Going to Do With Her Life. I grew up watching TV variety shows and going to plays and musicals, and was performing in community theater by the time I was 7. I made my poor younger brother be Donny Osmond to my Marie for every babysitter. Studied ballet, tap, singing and acting as a kid, then took teen classes at the Neighborhood Playhouse in NYC (with an also teen Anderson Cooper). Loved every kind of music – Musicals, orchestral rock, classical, keyboard-based singer-songwriters like Billy Joel and Carole King. I was a really bad piano student though – totally undisciplined. Instead of practicing scales I would treat a piano score like a piece of choral music, sing it into twin cassette recorders, ping-ponging the tracks as I layered them. Teacher was not impressed, but it seriously foreshadowed my life.

WiMN: Your list of accolades and accomplishments are phenomenal and on-going! Did you intentionally set goals to accomplish these?

AE: My initial goal was to be a Broadway performer. I seriously pity my neighbors now – let’s just say I was crushed that I never got to play ANNIE. I started writing in my mid-teens, trained classically as a performer/vocalist at Syracuse University, then not-so-classically and as a writer at Berklee College of Music in Boston. Total musical 180. My goal became simple: to make my living in music and/or theatre. I moved to LA to be a pop writer, thinking I could make a living more easily than in theatre in NY. Talk about bad timing –just as the music biz was bee-lining the toilet. But I landed in THE BOBS for 14 years. And that was never a goal, even though I was always the nerd in the chorus thinking the 9th needed to be higher. A professional, Grammy-nominated vocal quartet –the NPR version of a cappella, 95% original tunes. It was a perfect showcase for my kind of writing sensibilities. When I left, I went back to theatre – as a writer. And although now I’d like to have a show I SCORED on Broadway, the goal is still to make any kind of music – classical, comedic, choral, pop, whatever – to pay my bills.

WiMN: You are ingenious with infusing witty, comedic lyrics into your songs. Was your writing style always like this?

AE: Thanks! And… yes. It’s likely why I’ve had absolutely no success to date as a pop writer. I wish I’d embraced that instead of trying to work against it for so long. I write serious songs too –I really play both ends hard against the middle.

Listen to your gut. Be you. Don’t take any shit. And be prepared to do everything yourself.

WiMN: At what point in your career did music education evolve, and what do you find most rewarding about it?

AE: When I toured with The Bobs, we often did workshops with local high school choruses and vocal jazz ensembles. When I left The Bobs, I started doing this myself and found I really enjoyed it. I especially enjoy working with teenagers. I love seeing young people passionate about music in all forms.

WiMN: Do you ever sleep? Seriously…

WiMN: Between composing, writing hit Broadway musicals, and music instruction – do you find time for “me” time? What are some of your favorite “me” time hobbies?

WiMN: My mind is still reeling over your work in movies like, Real Steel, Jurassic World, and Planet of the Apes (all of which I love). How did you get into this field of work – and how does it differ from the other fields you are involved in?

AE: When I first got to LA, I had 2 phone numbers from Berklee contacts. One was vocal arranger Michele Weir. During the holidays, Michele booked caroling quartets; the book was packed with her own amazing jazz charts. Everyone in that group was a keen reader and budding session singer. Most of those folks are still working musicians and still my pals. I’m a diehard ensemble singer – the Blend-o-matic. I love disappearing into the sound. That’s paramount as a session singer. Depending on the particular project, it’s kind of like precision sonar strikes. You have to be able to read it, blend it and do it with almost no rehearsal. And honestly, doing union work makes it financially possible to do other things that don’t pay as well, which is always an issue for an artist.

WiMN: What can we expect from Amy Engelhardt in 2019?

AE: My biggest project in the works is the film version of BASTARD JONES, the Off-Broadway rock musical I scored. It’s about the pursuit of happiness no matter your birth circumstances. SUPER relevant, eh? I always want to learn something new, so I am always looking for the next gauntlet to be thrown down. I also hope to finish my second album, which I’m tracking right now. 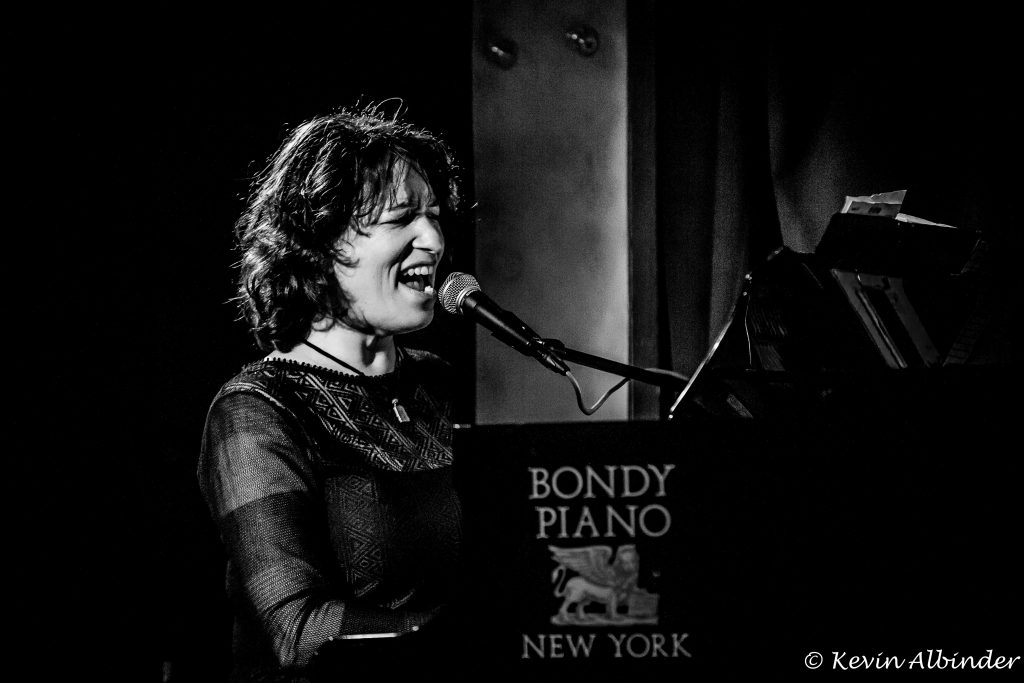