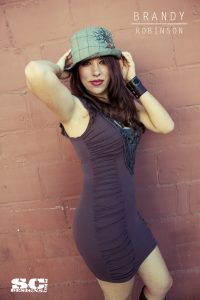 Robinson has released two albums on her indie record label, GuitarMama Records, and has a third album underway. She’s been touring the U.S. for the past 10 years as both a solo artist and with a full band, showcasing her poetic lyrics, funky guitar riffs and powerful, soulful voice. Learn more about her on her Facebook page or her YouTube channel.

As part of her prize package, Robinson also wins a Breedlove Pursuit Concert acoustic-electric guitar and feature profiles on the WiMN website and the #SaveAGuitar site, plus tickets to the awards and a NAMM show badge. Ten honorable mentions have also been announced: Kris Angelis, Emily Clibourn, Kate Diaz, Alex English, Natalie Gelman, Xochitl, Bryce Hitchcock, Rorie Kelly, Sabrina Lentini, and Shani Rose. Each will receive a feature on the #SaveAGuitar site and socials, a feature on the WiMN socials, and a Breedlove T-Shirt.

The WiMN Founder, Laura B. Whitmore, comments, “We’re thrilled to have awarded our opening act spot to Brandy Robinson this year. She exemplifies what it means to have a love for the guitar, and her original music and performance style demonstrate the qualities we look for when seeking out fresh, unique talent. Congratulations, Brandy!”

The She Rocks Awards pays tribute to women who display leadership and stand out within the music industry, and has become a standard at the NAMM Show. Previous award recipients include female industry leaders such as Jennifer Batten, Karmin, Colbie Caillat, Sheila E, The Bangles, Orianthi, Dinah Gretsch, Craigie Zildjian, Janie L. Hendrix, Amani Duncan, Mary Peavey, and more. The event brings together industry professionals, music icons, artists, fans and media to celebrate women in music.

Tickets are on sale now. This event is open to the public and a NAMM show badge is not required to attend. Learn more at www.sherocksawards.com. 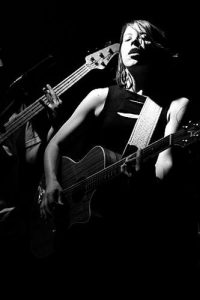