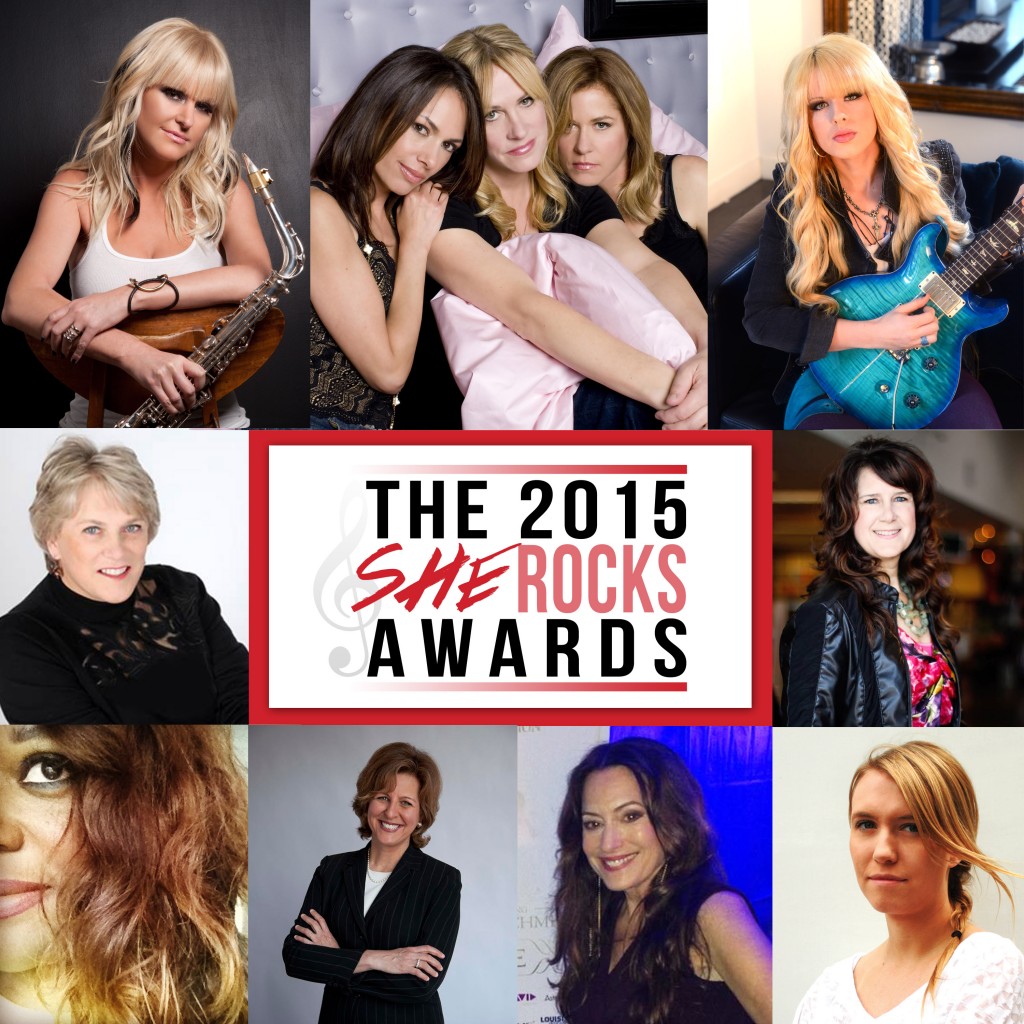 The Women’s International Music Network (The WiMN) is pleased to announce the 2015 She Rocks Awards honorees. Taking place on January 23, 2015 at the Anaheim Hilton Hotel from 6:00pm to 8:30pm during the NAMM Show, the third annual She Rocks Awards honors women who stand out as role models in the industry. Tickets are on sale now.

This year’s awards show will be co-hosted by platinum-selling guitarist and solo artist Orianthi and The WiMN founder Laura B. Whitmore, and will honor these outstanding women:

The WiMN founder Laura B. Whitmore comments, “This year we are moving the She Rocks Awards to an evening event and really going all out to celebrate the achievements of these talented and inspiring women. There will be an opportunity to network, some great performances, plus some surprise moments as well!”

Now gearing up for its third consecutive year, the She Rocks Awards pays tribute to women who display leadership and stand out within the music industry and has become a standard at the NAMM Show. Previous award recipients include female industry leaders such as Orianthi, Sheila E, Gaby Moreno, Malina Moye, Dinah Gretsch, Janie L. Hendrix, Mary Peavey, Tish Ciravolo and more.

With featured performances, food and beverages, giveaways, a silent auction, networking opportunities and more, the She Rocks Awards brings together industry professionals, music icons, artists, fans, and media to celebrate women in music.

This event has sold out for the past two years and does not require a NAMM badge to attend. The She Rocks Awards will take place on January 23, 2015 from 6:00pm to 8:30pm in the Pacific Ballroom at the Anaheim Hilton Hotel. Tickets are on sale now here>>

Find out more about the She Rocks Awards at www.sherocksawards.com