Produced by Karen Kosowski, Heart of Armor is filled with insightful and emotional tracks, such as “My Little Soldier” and “Super Girl,” which have already won two awards at the Indie International Songwriting Competition. With her strong vocals and rock influence, “Never Give Up” sounds as if 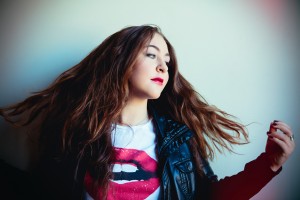 it could be off of an Imagine Dragons album.

Jules writes with keen observation, writing on what she says in the world around her, and what she sees in other people. Each song on Heart of Armor tells a story, including the title track, which conveys a story of fierce loyalty in the face of adversity.

To stay updated on this rising artist, and to buy a copy of her album, head to Jules’ official website.