Los Angeles power pop band Tiny Stills just released their highly anticipated sophomore album Laughing Into The Void on June 1 to rave reviews. “If you take one listen, you will find yourself either tapping along or keeping up with the perfectly placed whistling in the chorus,” says Substream Magazine, and Atwood Magazine states, “Tiny Stills offer refreshing power-pop charged with an array of dynamic, intoxicating emotion.” 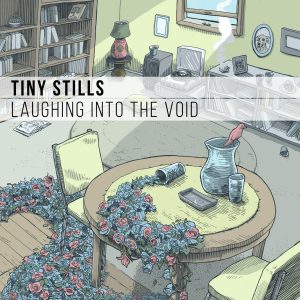 On the new album, West shares: “We wanted to make a great power pop record that made us feel good-something that made us wanna dance when we felt like everything was going wrong. Whether that was by being really honest or just good guitar riff that we liked, we just wanted to be happy… Making this record was a really cathartic and freeing experience.”

This new release comes four years after their first album Falling is like Flying in 2014 – a direct response to the isolation and anxiety that comes from life changing events after singer West was held up at gunpoint. It’s upbeat and pop-y melodies were born from a desire to make something that felt and sounded nothing like the she felt at the time…happy.

For tour dates and to purchase Laughing Into The Void, visit their website: tinystills.com