The Women’s International Music Network (The WiMN) is thrilled to announce our newest Advisory Board Member, Tara Low! Comprised of a dynamic group of leaders, its members represent a broad range of roles in the music industry. Our advisory board serve to advise and guide the WiMN, contributing times, ideas, and resources to aid its growth and outreach. Learn about all of our members here. 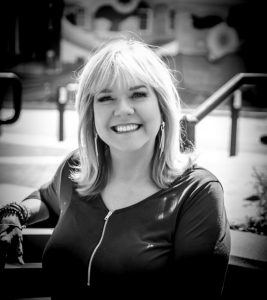 Tara Low is the Founder and Editor in Chief of the popular female-oriented Guitar Girl Magazine. Tara started her journey back in 2009 when she launched her online retail music store known as Guitar It Up for Girls, which catered to young and adult women. Along with the retail focus, she had a blog that featured up-and-coming artists and all things happening with women in the music world. The success of that blog led to the development and roll-out of the digital and ultimate print magazine known today as Guitar Girl Magazine.

Tara has been featured on The Brassy Broad podcast, as well as having the honor of being the first female guest on Taylor Guitars’ podcast. She has also been featured by The Women’s International Music Network in their Front & Center column, as well as Musicians for Equal Opportunity for Women, Rockin’ Moms, Sweet Startups, Lady Boss Blogger, Fox News Atlanta, and VoyageATL. Tara has also been an avid supporter of organizations supporting the development of females in music. Her contributions have included a scholarship at MI for female guitarists, sponsoring students for Girls Rock Camps, and instrument gifting to charitable organizations.

Tara has been sought after for reviews and endorsements of the books out on music and personal development. These books include Leo Fender: The Quiet Giant Heard Around the World – Phyllis Fender and Dr. Randall Bell, Everyone Has a Book Inside Them – Ann Marie Sabbath, and The Man Who Carried Cash – Julie Chadwick, just to mention a few. She successfully raised four children and has always been heavily involved in music. During her school years, Tara played violin and cello and was an accomplished dancer who used to perform across the country. Her husband Ted, a business professional and guitar enthusiast helped to instill a passion for music into the lives of their children.