Wilmington, Delaware’s The Ladybug Festival, the Nation’s largest celebration of women in music, has moved online due to COVID-19 to protect the safety of the artists, vendors, attendees, and production and event staff. This event will stream live on June 29-30, 2020 from 5:00pm ET to 10:00pm ET. Admission to the event is $20, although fans can donate more as this event is raising funds for Sweet Relief Musicians Fund, and Downtown Visions. The Ladybug Festival is supported by Girls Behind the Rock Show, Guitar Girl Magazine, Interiorstate, and Soundgirls

Sweet Relief Musicians Fund provides financial assistance to all types of career musicians and music industry workers who are struggling to make ends meet while facing illness, disability, or age-related problems. Sweet Relief will be setting aside the funds it receives from this event to be made available for women in the industry.

Downtown Visions is a private, non-profit organization that manages the Business Improvement District (below). The Main Street® program (below) not only saves historic buildings, but also focuses on small business recruitment, business marketing and promotion, all of which work towards the greater effort of creating new jobs. DTV will be disbursing funds received to the businesses in Downtown Wilmington that would have hosted artists and felt the benefit from the physical event. 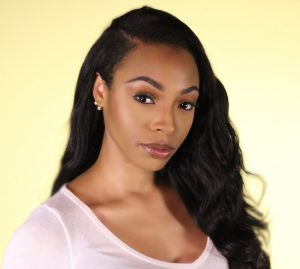 The Ladybug Festival will be hosted by Jamila Mustafa, who is one of the most prominent voices shaping the millennial generation as an international award-winning broadcast journalist, host, and actress. She has corresponded for FOX, iHeartMedia, BET Networks and ESPN 2. Miss Mustafa has hosted for live crowds upward 80,000 people and has sat down with political leaders like Congresswoman Maxine Waters and entertainers such as Dwayne “The Rock” Johnson, Jamie Lee Curtis, Issa Rae, Mark Wahlberg, Kevin Hart, Anthony Hopkins and more. You can catch Jamila as the official host of TRL Top Ten on MTV Networks and Fresh Out Fridays on MTV 2. The former Miss Delaware State University and four time pageant queen is one of the most decorated millennial’s of her time, having received four Resolutions from Delaware City Council presidents. She has received a letter of recognition from former U.S Vice President Joe Biden, and was recently named one of the Most Influential People of African Decent Under 40 by the United Nations.