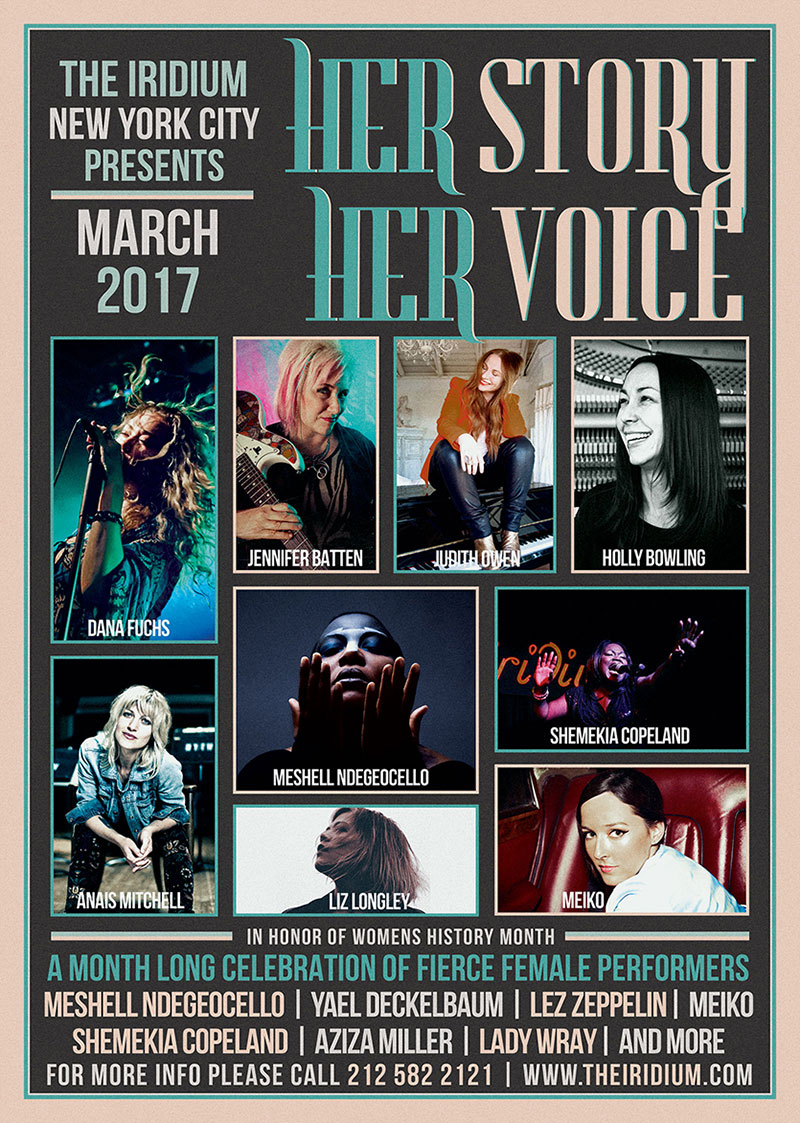 March is the month to celebrate women, and what better way to do so than to host it with women in music.

This March, the Iridium, a musical landmark which celebrates over 20 years of showcasing next generation talent in NYC, will host four weeks of fierce female performers in celebration of Women’s History Month.  HER STORY, HER VOICE will feature an eclectic mix of musicians and women thought leaders, with Grammy-nominated neo soul singer/songwriter Meshell Ndegeocello kicking it off with three shows March 1 through March 3.  Additional performances in March will include She Rocks Awards recipients and performers Jennifer Batten, Beth Hart, Steph Paynes, Lez Zepplin, along with artists Liz Longley, Shemikia Copeland, Meiko, Aziza Miller, Chely Wright, and more.

“As one of the only female booking agents at a music venue in NYC, it has been an aspiration of mine to highlight and bring together strong women in the music industry,” says Grace Blake, General Manager and Senior Booker at The Iridium. “More specifically I have been wanting to bring an all-female lineup to the room, and what better time than now?”

A portion of the month’s proceeds will go to The Women’s International Music Network (The WiMN).

Click here to learn more about this incredible event, and view the calendar of performances:  Her Story, Her Voice