Singer-songwriter Sonia Rao launched an “IndieRaoRao” campaign on Monday to fund her upcoming album, Meet Them At The Door. 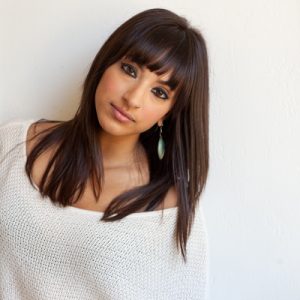 For the past two years, Rao has been doing a lot of writing, and nine of her lyrical gems were chosen to be on her new LP. She was inspired by “The Guest House,” a poem by the 13th-century Persian poet, Rumi, in which the title for her album Meet Them At The Door was taken from.

Recorded in Nashville with producer Alex Wong, the journey of this album was a tough one. After overcoming some of her hardest moments, and learning to feel gratitude for each and every experience, Rao felt at peace and was able to record her record in the way in which she wanted.

The end result is a beautiful, personal, and lyrically powerful album that does not adhere to the “upbeat, TV-friendly songs” that publishers tend to push nowadays. That’s why her IndieGoGo campaign was created, and there are still 38 more days to donate. Rao is looking to raise $15,000 to cover the album costs, and anything exceeding the goal will go towards touring, filming music videos, paying musicians, and marketing the album out to radio, magazines, and blogs.

To learn more about Rao, visit her official website, and to donate to her IndieGoGo page click here. 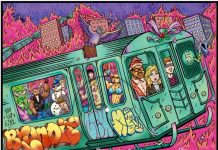