Shannon McArdle releases her third solo album, A Touch of Class, on August 24th – a date that also marks the tenth anniversary of her first solo release, Summer of the Whore. That first album – which earned the songwriter widespread critical acclaim – chronicled the dissolution of both her former band, the Mendoza Line, and her marriage to fellow bandmate, Timothy Bracy, in an unflinchingly honest, Liz Phair-esque manner. With A Touch of Class, McArdle shows listeners again that she is unafraid to shy away from the quirky, complicated, sometimes messy parts of life. 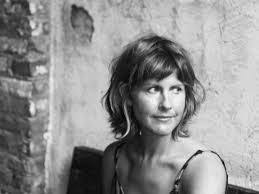 The first single off the album, “Grand Execution,” explores what McArdle calls the “absurdity of security.” She adds: “It was inspired in large part by the loss of someone I loved deeply a couple years ago. I suppose it’s an exploration of that desperation we feel in attempts to hold on to that which makes us feel we’re not alone. I question if I’m not complicit in the execution of many of my most profound losses.”

“Grand Execution” premiered on Popmatters. Speaking of the song, the website said: “[It] reveals that everything we love about McArdle remains intact a decade on from her first LP, Summer of the Whore. She has a willingness to tell the truth through pain, a singing voice that alternately seems ethereally and all too human, an ability to make her case with economy and knowing in a way that is familiar but never trite.”

For more info about purchasing A Touch of Class, and for future tour dates, check out Shannon McArdle’s website or her Bar None Records artist page.