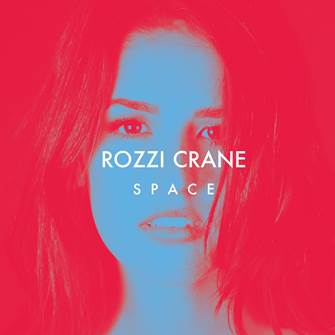 Crane’s EP marks the first artist release for 222 Records/Interscope Records. In addition, she will be the opening act for all of the North American dates for The Maroon 5 World Tour 2015. The new EP will be available digitally and physically on the tour kick-off date of Feb. 16.

The San Francisco-born, Los Angeles-based singer and songwriter immersed herself in music growing up, obsessing over influences as wide-ranging as Lauryn Hill and Fleetwood Mac and Destiny’s Child and Amy Winehouse. She artfully skips between pop, R&B, alternative, and hip-hop, crafting a sassy, sexy, and soulful sound of her own.Rozzi’s soon to be released EP, entitled Space, is the next milestone on her musical journey. The collection features songs from her debut full length album that is expected to be released this summer.