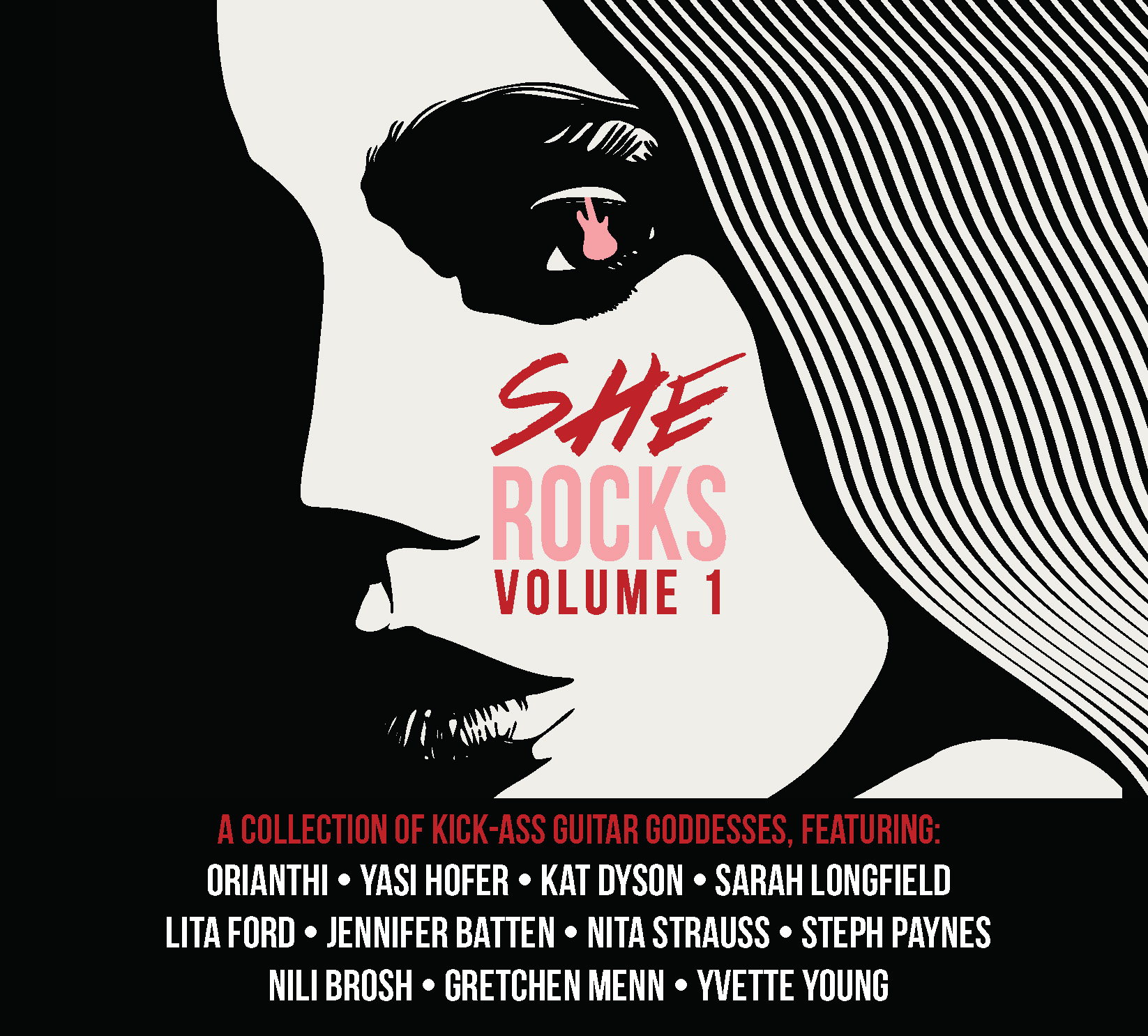 Who says the ladies can’t rock? Today Favored Nations Entertainment announces the upcoming release of the all-female compilation, She Rocks, Vol.1. This collection of kick-ass guitar goddesses is produced by author and former Guitar World editor, Brad Tolinski with iconic guitarist Steve Vai as executive producer, and showcases eleven female guitarists, each a virtuoso in her own right. From the legendary Lita Ford to Sarah Longfield’s jazzy riffin’, to Orianthi’s melodic stylings and the all-out shredding of Nita Strauss, these players each contribute their own voice to this carefully curated collection.

These shredding songstresses cover the stage when it comes to style and personality; Ford is the quintessential guitar rock goddess with decades of top shelf performances, Jennifer Batten made her name playing for Michael Jackson, Strauss has toured with Alice Cooper for the past year, and the list goes on!

“Through the years women have become more and more interested in ripping it up on the guitar. It’s amazing to watch. Favored Nations is very excited to be working with producer Brad Tolinski in creating a compilation of many of the women who are evolving the instrument in powerful ways. They are wildly raising the bar.”  – Steve Vai

“People always ask me about the future of the guitar, and in many ways, the artists on this album are the answer. They represent a new vision and a fresh sensibility.”  – album producer, former Guitar World editor and author of Play It Loud: A History of the Electric Guitar (Doubleday),  Brad Tolinski 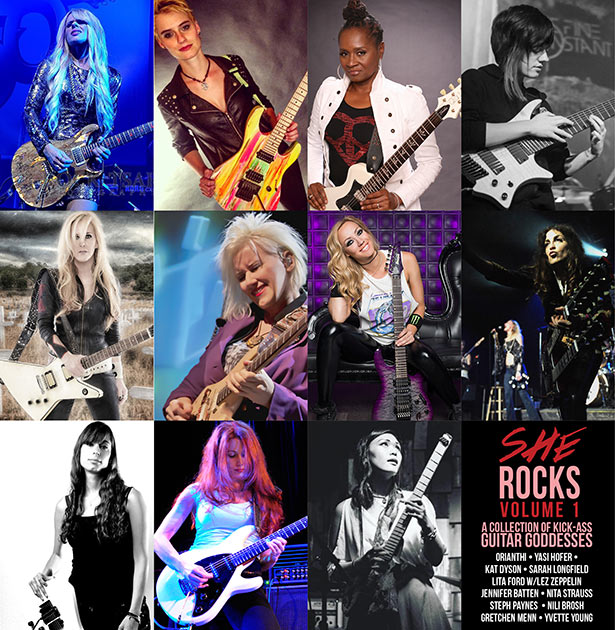