Yes, you can say without a doubt that Mona Haydar has absolutely no trouble with speaking her mind and driving her point home. The lyrics are from her single, “Barbarian” from her soon to be released album, Barbarican due out this fall. The song and video tackle the beauty industry’s complex inducing culture both lyrically and visually.

Barbarian? That’s how you really feel?/ Like, you didn’t start wars over oil fields?

Mona Haydar grew up in Flint, Michigan where she graduated from the University of Michigan. She is a first generation Syrian-American rapper who began writing controversial poetry while in Kindergarten. Her transition from poetry to rapper started in 2015 with the release of her ground-breaking debut single, “Hijab”. The video gained millions of views and the track was named one of 2017’s top protest songs and 25 top feminist anthems of all time by Billboard. She has collaborated with Jackie Cruz (Orange Is The New Black), joined Katie Couric on her ‘Muslim Next Door’  SXSW panel, and opened as a poet for legends Common and Dave Chapelle.

And adding to her impressive list of accomplishments, she is currently working towards her Masters in Theology. She lives in Harlem, NYC with her husband, Sebastian and their two sons, Safi and Rumi. Although extremely busy as a mother, wife, activist, poet, student, and rap artist – she carved out a little time to answer a few questions for The WiMN!

WiMN: Let me start off by saying how phenomenally motivational you truly are, Mona! Poet, Rapper, Activist, Mother, Wife….the list is never-ending, and still so young in the game. How do you maintain your strength and inner peace? How do you find balance?

WiMN: You and your husband started the “Ask A Muslim” stand in which you invite anyone to engage in conversation with a Muslim (free coffee and donuts is brilliant), as a way of starting necessary dialogue. What has the response been like? How many would you say have come away from the experience with a changed perception on the stereotypes?

MH: I think people are always hungry for authentic and meaningful human connection and that’s why the “ask a Muslim” stuff was so successful. At the end of the day, you can’t really rely on stereotypes to tell you about the world if you’re actually engaging with those people, ideas, practices or ideologies because they’re too limiting. We’re complex- our ideas, practices and personalities are complex and stereotypes just can’t contain the true essence of who we are. I’m not here to break stereotypes though. What I’m here to do is to be my truest and most authentic self- if that challenges people’s stereotypes, then great- but I’m just here to make art, be the best mom I can and do my best in this world.

WiMN: Describe what bringing Barbarican to fruition was like for you. Where did the album name come from?

MH: As an independent artist, I’m really shook by how expensive it is to make music. It’s super elitist. I just feel grateful to be able to make the art my heart wants to make, period. It’s taken a lot longer to be able to finish it because of how prohibitive the finances are if you’re not signed to a major. I’m so excited it’s finally done and all that’s left is to release it! The first track on the EP is called “Barbarian”, and the last track is called “American”– and so we’re out here with this new emerging identity- owning our so-called “savagery.”

Western standards of beauty currently dominate our world because we still live in the imperial model which continues to colonize and enslave. We resist white supremacy, “western” superiority and colonized ways of thinking and being by LOVING ourselves, generously, beautifully and joyfully in spite of any active or subliminal efforts to make us feel unworthy of love and life.

WiMN: You and your husband are raising two sons in a world that is barely scratching the surface in shedding light on racism, sexism, and harassment of all kinds. What is your approach to parenting and how much are they influenced by your career and activism?

MH: I’m raising my white passing kids to use their privilege in the world to dismantle systems which privilege them over others, systems like white supremacy and patriarchy. They know they are not better or worse than anyone simply because of who they are, where they come from or what they look or don’t look like. They’re watching their mother manifest her dreams and visions and they stay home with their father. I think that alone is a shift and will hopefully have a positive impact on them as the future culture creators. 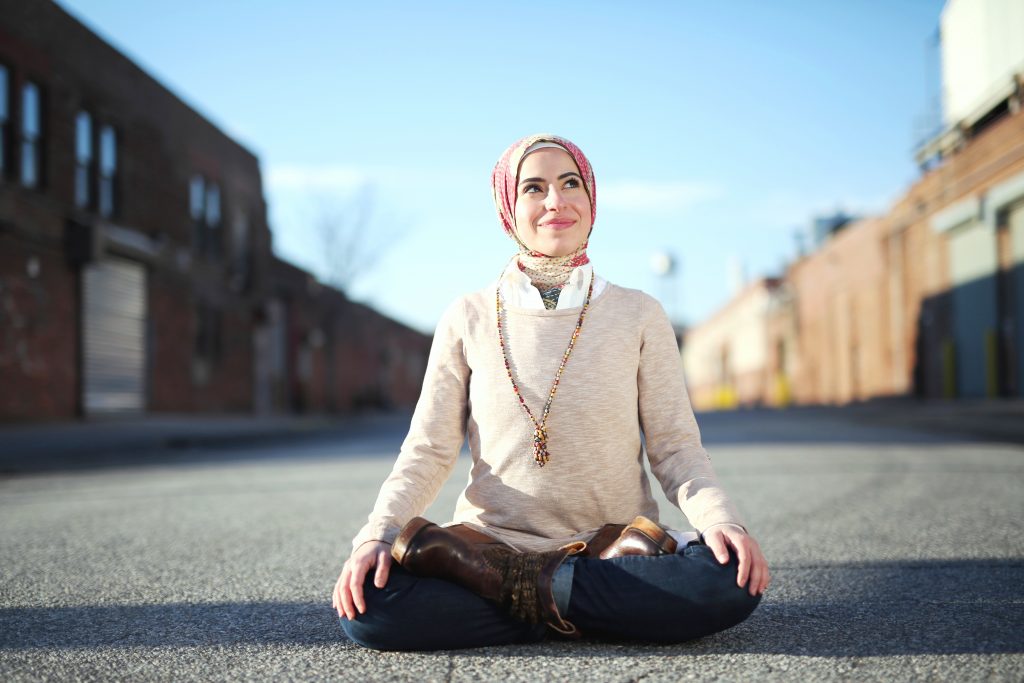