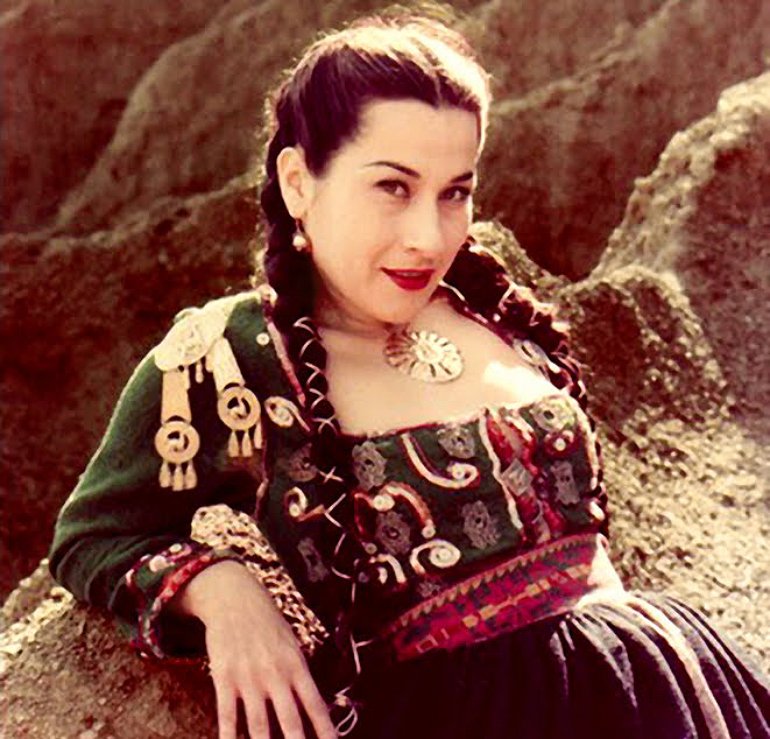 As the last descendant of the Inca Emperor and a beautiful soprano singer, Yma Sumac would have been 94 today.

Sumac sang as a young teenager and grew up with a soulful sound that enlightened audiences. She was given the nickname “Peruvian Songbird.”

Sumac lived the lavish and posh life that she deserved. As her beauty shined onto Peru as the princess she was, her voice enhanced her presence.  She eventually was invited to sing on an Argentina radio station in 1942, where she started her fan base.

She moved to the United States in 1946 shared her amazing voice with audiences around the nation until her passing in 2008 in Los Angeles. Sumac was also recognized by David Letterman back in 1987, see the video below.

Her voice will always have that international touch within the United States and she will always stay a legend as the last princess and “Peruvian Songbird” of our time. Wishing this legendary voice, Yma Sumac, a very happy birthday.