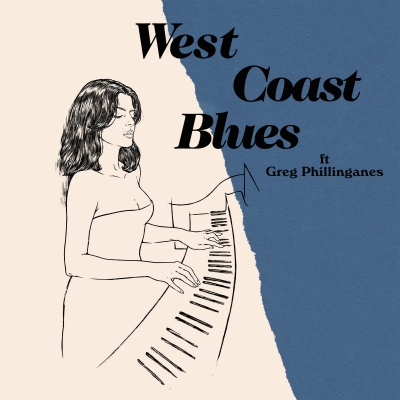 Montreal-based jazz singer Nikki Yanofsky today releases her distinctive version of “West Coast Blues” via MNRK Music Group, in an ode to the original writer, Wes Montgomery, and the mark that he’s left on jazz musicians and listeners worldwide.

Yanofksy has always loved artists such as Ella Fitzgerald, Aretha Franklin and Stevie Wonder and continues to pay homage to artists alike by putting her own style on some of her favorite standards. Nikki By Starlight, out October 21st, celebrates jazz music for purists as well as listeners new to the genre.

Wes Montgomery made a name for himself in jazz music with his unusual technique of plucking the guitar strings with the side of his thumb, his use of octaves and his masterful execution of complex lines. The power of his soloing influenced generations of players who followed him; guitar icons such as George Benson, Pat Metheny, Russell Malone and more. In Yanofsky’s version, the inimitable Greg Phillinganes’ organ dances across the track filling the role of Montgomery’s guitar. Paired with an impressive walking bass line throughout, it’s a peppy, toe-tapping take on an already engaging classic. Yanofsky’s vocals are clear, sweet, and smooth; “West Coast Blues” is a pleasure to listen to.

“West Coast Blues” is the sixth single released from Nikki’s forthcoming album Nikki By Starlight following previously released singles “Comes Love,” “I Get a Kick Out Of You,” “Crazy He Calls Me,” and “Quiet Nights of Quiet Stars (Corcovado),” and “C’est Si Bon.”