Scottish singer/songwriter KT Tunstall (Black Horse and the Cherry Tree) teamed up with her friend Zoe Bell, the legendary Hollywood stunt professional who organized this all-female Hollywood quarantine Fight Club video #BossBitchFightChallenge. The video debuted May 1 and was directed and produced by Zoe Bell. The song featured is “The Healer”, written and performed by KT Tunstall.

Zoe – who was Uma Thurman’s stunt double in the Kill Bill franchise, and worked in films like Django Unchained, and Once Upon a Time… in Hollywood starts off this hilarious romp: “I’m so bored! I just want to play with my friends!” she says, tossing her book aside. Zoe then approaches the camera, saying, “Wait a minute, I can play with my friends!” which literally punches and kicks off over five minutes of brilliant action!

In order of appearance:

Each participant recorded their own stunt with the help of family and friends, and from the looks of this video they had a great time coming up with their own stunts, with KT Tunstall appearing second to last. Zoe finishes the video hinting to the possibility of another #BossBitchFightChallenge video next week. Follow Zoe Bell on Instagram to find out. Kudos to these women for participating in the challenge! 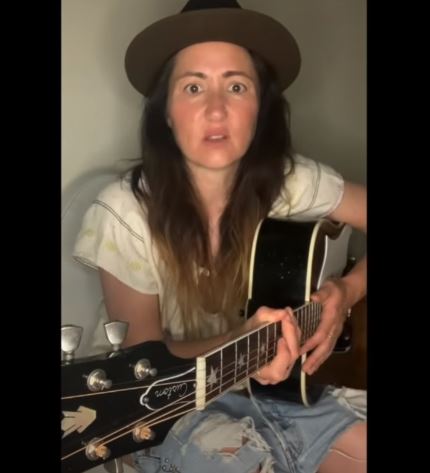