Miley Cyrus, 22, is getting a lot of coverage this week for her new spread in the June 2015 issue of Paper Magazine.

News sources from Billboard to Perez Hilton are writing mostly about the photographs that went along with the article, but upon reading the full article, you’ll find an interview with a young woman who is incredibly optimistic, loving, open, and grounded.

Since her early days in the spotlight as Hannah Montana, Cyrus has known that she associated herself as a human being with fluid gender and sexuality. That’s been a huge factor in her passion and stance with her new non-profit The Happy Hippie Foundation, which was also inspired by the death of transgender girl, Leelah Alcorn, who killed herself after being forced into conversion therapy. The Happy Hippie Foundation is designed to raise awareness for the homeless youth, with a focus on LGBT youth.

Cyrus ends the editorial with, “As long as you’re not hurting anyone, your choices are your choices.” 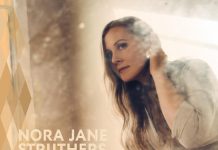