The world’s first commercially available release on bioplastic record will feature “Future If Future” by Michael Stipe and “Oh My Heart” by Beatie Wolfe. 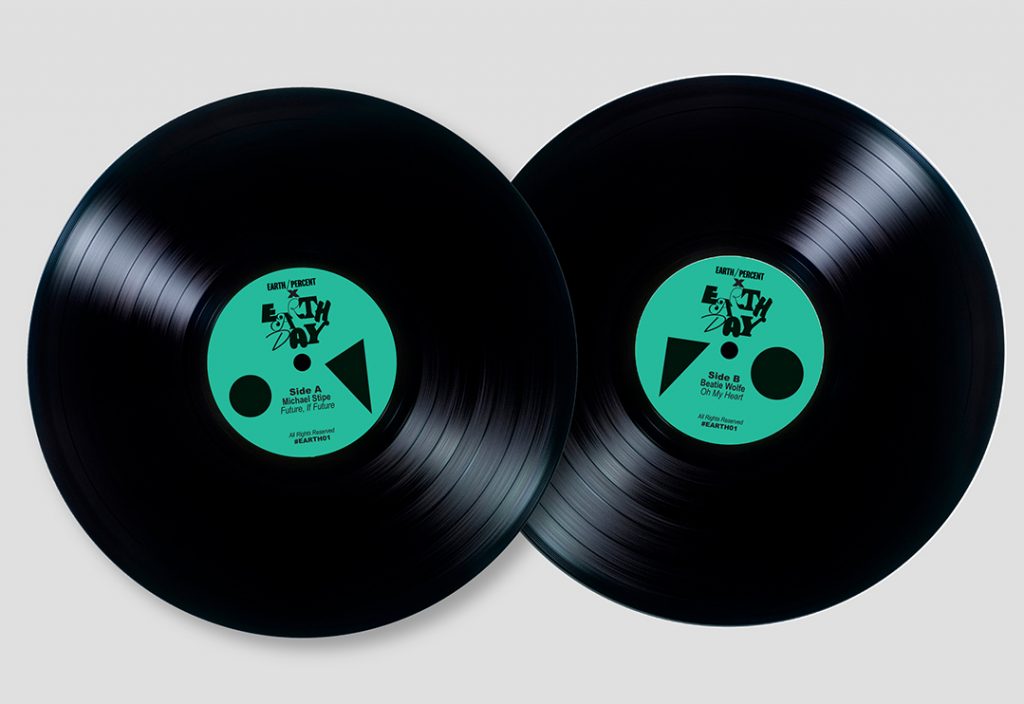 Former R.E.M. singer Michael Stipe, along with pioneering artist and musician Beatie Wolfe have teamed up to create the world’s first ever eco-friendly 12″ record. An environmental design solution by Evolution Music, it is a genuinely revolutionary moment for both the music industry and record collectors, offering a non-fossil fuel future for vinyl recordings that globally is c180 million LPs (or 30,000 tonnes of PVC) a year.

The solution uses circular economy principles to replace the harmful production and use of single use plastics and minimise waste in the music industry. Making it easy to make the change by producing bioplastic LPs (instead of PVC) using the record pressing plants’ existing machinery and production processes.

Michael Stipe said, “I’m thrilled to be working with EarthPercent and Evolution Music on this release, imagining positive innovation through action.  Simply showing that this type of solution-based project is possible opens pathways to a brighter future.”

Beatie Wolfe said, “It’s been fantastic to join forces with EarthPercent on the environmental front and for this very special release with Michael Stipe. I’m constantly thinking about how we can take the best of the old and best of the new, bridge the tangible and digital, and reclaim as much as we innovate and this new eco vinyl feels like a perfect embodiment of this.”

She continues, “I wrote “Oh My Heart” as a cry for the planet and humanity and it was recently encoded in glass and included in the Global Music Vault in Svalbard to be preserved for 10,000 years. So, I couldn’t think of a better way to have it tangibly out in the world now.”

12” will be limited to 500 copies and be the first commercially available release on bioplastic vinyl. The release forms part of EarthPercent Bandcamp project of over 100 tracks featuring Hot Chip, Nile Rogers, Big Thief, Anna Calvi, Peter Gabriel and many more to be simultaneously available as a single download collection. The entire collection will be available September 2, 2022 at: Music | EarthPercent.

All funds raised will be focused on EarthPercent’s five core areas of work, which are greening music, energy transition, climate justice, legal and policy change, and protecting nature. To find out more about how EarthPercent is using working with the music industry to create a better future, visit EarthPercent.