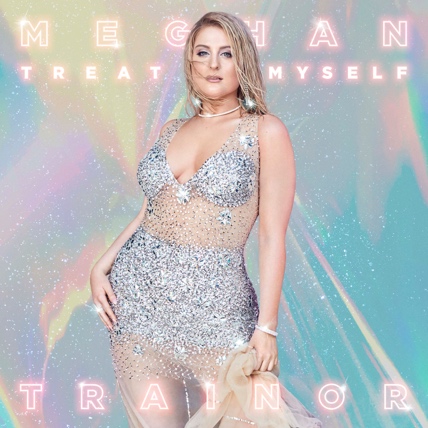 The pop icon, singer-songwriter, and multi-instrumentalist Meghan Trainor has announced the release of her highly anticipated third full-length album, Treat Myself, due on August 31 via Epic Records. The artist had been hinting at the record on social media, calling it a “big surprise” on her interview with Elvis Duran and The Morning Show.

Trainor stated that “This album is my best work yet and I’m so proud of what we made. I say ‘we’ because I made this entire album with my family, my friends, and my fiancé. It’s everything I stand for and I’m excited to put an upbeat happy album out for the world.” Prior to the album announcement, Trainor has released singles “No Excuses,” “Can’t Dance,” “All The Ways,” and radio hit, “Let You Be Right.”

Preorders are available at Target, which includes instant downloads of all the previously released singles, including remixes of “All The Ways.” For more information, check out her website.