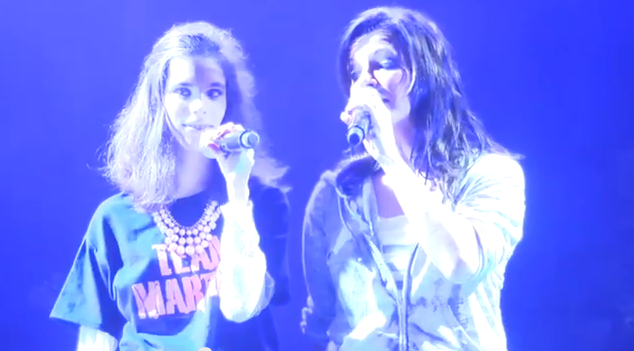 Martina McBride did her good deed of the day (or year) during a tour stop in Alabama’s Von Braun Center on June 14.

Through her charity Team Martina, the country singer surprised 16-year-old blind singer Madie Hendrix with an invite to sing along on stage. The two performed Martina’s 2006 song “Anyway” during a soundcheck before the show.

In addition, Team Martina’s charitable efforts helped raise $30,000 which will benefit the Covenant House, who will procure music instruments for girls in Guatemala.

Watch all the action in the video below: