Electronic musician, drummer, and activist Madame Gandhi is back with Visions, the second installment in her short form album trilogy and ongoing project that elevates and celebrates the female voice. Visions, out today, is a politically super-charged anthemic body of musical work that explores fourth wave feminism and redefines elements of modern femininity today.

The “Top Knot Turn Up” music video, directed by Justine Raczkiewicz, sees Madame Gandhi subverting Indian men’s outdoor barbershops, to be a safe haven for women and nonbinary folks—an idea the Indian-American artist was originally against. “I don’t want feminism to mean that we’re constantly aspiring to fit male standards,” Gandhi says. “I wanted us to be aspiring to something that we’re creating on our own. But at the same time, I really did like the idea of reclaiming outdoor space, because many of us feel more safe indoors than we do feel outdoors, especially at nighttime.”

Over the course of the video, the barbershop evolves and grows in size; “You see more and more women and femmes gathering in the street. You see us reclaiming it. You see the evolution of it being a movement.”

A world-renowned percussionist and outspoken advocate for gender liberation, Madame Gandhi uses her second EP to pair soundbites of her talks around the world with driving drum solos, joyful percussion and uplifting melodies. Recorded and produced in studios all over the U.S. and U.K., Visions features womxn musicians and engineers including Piper Payne, who mastered the short form album.

In keeping with Gandhi’s ethos, Visions interprets life through a feminist lens. Via this perspective, Gandhi imagines a world in which people (particularly womxn and people of color) are linked rather than ranked, where collaboration replaces competition and the feminine energy in everyone is exalted. To that end, Visions incorporates samples from Gandhi’s speeches into her lyrics, setting her ideology to a vibrant beat, creating a transformative experience in the process. “In the same way people will listen to a podcast, I want them to listen to a Madame Gandhi record because you will learn something, you’ll get uplifted, you’ll get inspired, you will feel validated,” Gandhi explains.

More information on Madame Gandhi can be found at her official website. 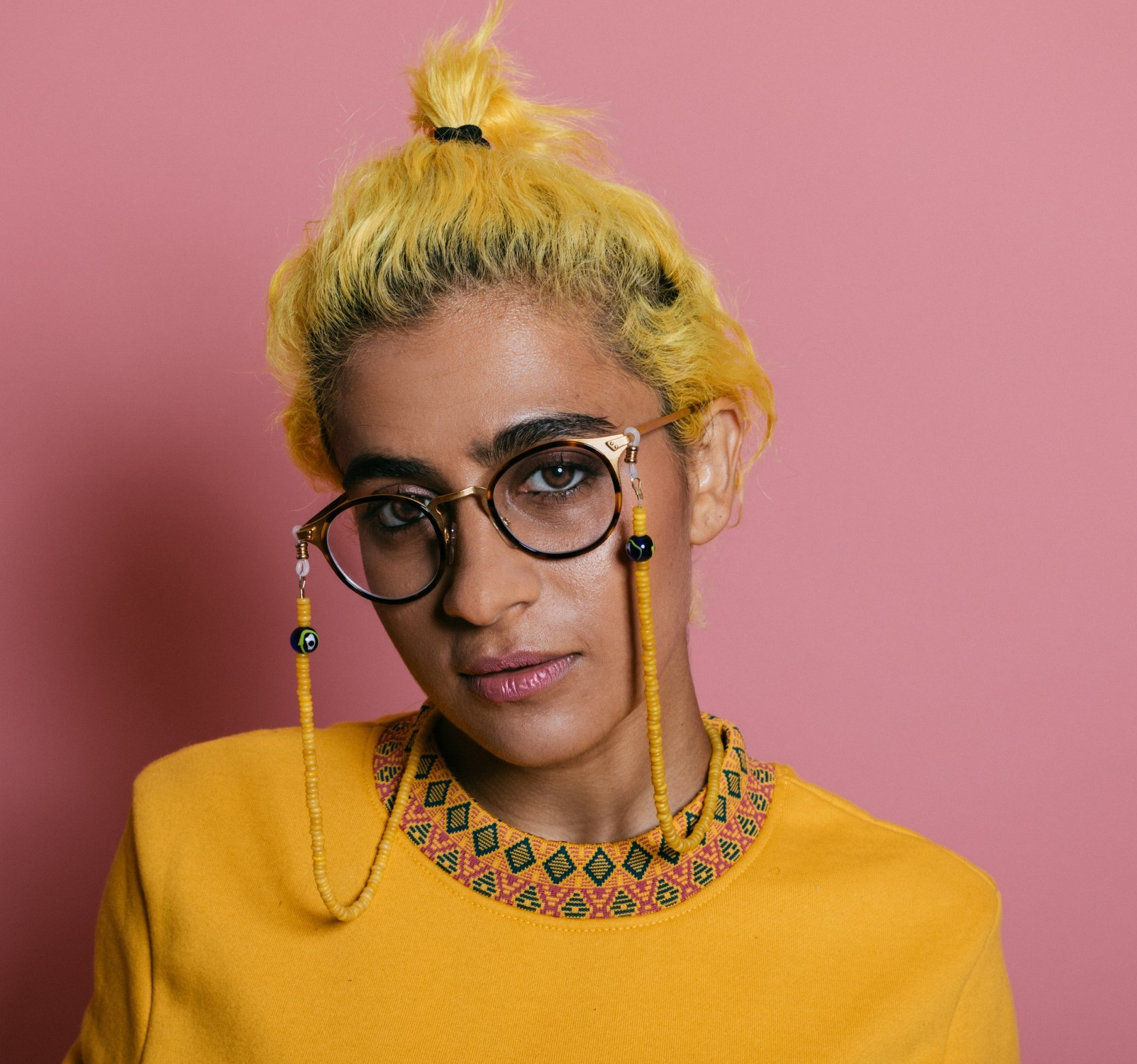