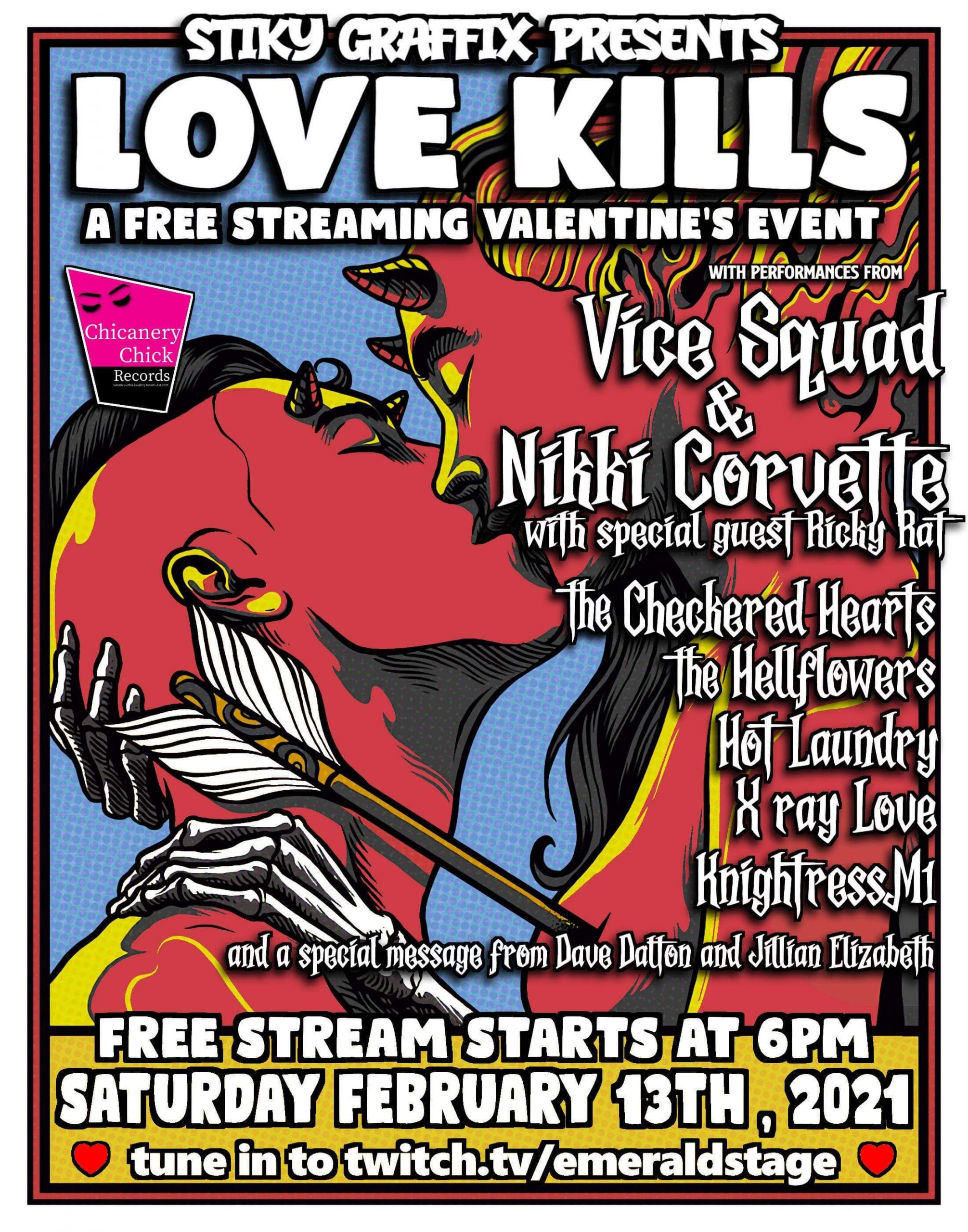 Love Kills is free to the public and goes live on Saturday February 13th at 6pm PST on Twitch TV. RSVP on Facebook here.

“Chicanery Chick Records is the brain child of mine and my partner Dave Dalton,” says Jillian Elizabeth, A&R Representative for Die Laughing Records. “There is a great need for a woman-based label and we feel this will scratch an itch in the industry. The ‘Love Kills’ theme comes from my favorite anti-romance couple Sid and Nancy, and hat tip to the overly sentimental Valentines holiday. People need live music, and we plan on continuing to bring themed streams throughout 2021.”

The Love Kills line up includes Die Laughing Records artists The Hellflowers and Hot Laundry. Also on the bill are The Checkered Hearts which features Hillary Burton, from the band honeychain (also on the DLR label) along with her musical partner, Lisa Mychols. Headlining the night is Vice Squad and Nikki Corvette, with special guest Ricky Rat. 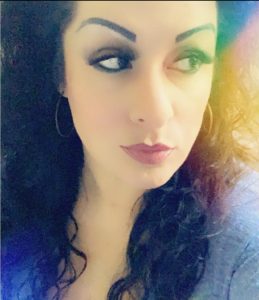 A Northern California native all her life, Jillian Elizabeth has always been a follower of the Bay Area punk scene and it’s contribution to the genre as a whole. She fondly remembers summers spent interning at Tower Records in Sacramento, and picking up a show to promote here and there in her youth. ​Jillian started with Die Laughing Records in Media Promotions. That quickly led to becoming an A&R Representative for DLR, working with artists such as Infamous Stiffs, Fang, Pearl Harbour and Michael Des Barres. She also appears on the DLR Radio weekly podcast and has become affectionately known as the “Go, Go, Go Girl” for Die Laughing Records. ​Now CEO, and Co-Founder, with her partner Dave Dalton of female fronted Chicanery Chick Records, she puts together shows with various artists including The Vibrators and The Undead – featuring Bobby Steele. When 2020 hit she started booking mini tours for artists like The Unfortunate Bastard and Celebrity Stalker. Jillian now works on online streaming shows with Sticky Graffix, at Twitch.Tv/emeraldstage.