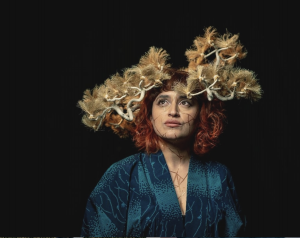 Last Tuesday, July 20th, The Women’s International Music Network had a live conversation with award-winning producer Natisu on Instagram live! Natisu is a Chilean artist and producer with an exciting outtake in life and a very indie, innovative pop sound.

During the conversation, Natisu opened up how it felt to be the first woman to win Best Producer at the renowned Pulsar Awards! “It felt like a collective win for women in Chilean music” she says. And it did.

Luciana Garcia, the interview’s host, and Natisu talked about the difference in approach as an artist and a producer in a project, the importance of connecting with one’s inner self for the creative process and more.

Natisu recently released a new single “AMORES”, where she poetically opens up about her experience in love. She has more upcoming releases and events! See the full interview here.