Home Blog Front and Center LIVE: Front & Center with Gritty In Pink
Share on Facebook
Tweet on Twitter
In this special edition of our live video podcast series, ‘LIVE: Front & Center’ the Women’s International Music Network (WiMN) welcomed nine female artists associated with the organization Gritty In Pink to promote the December 14 Gritty Holiday Special.
Shiragirl (creator of Gritty in Pink), The Queendom, Shenna, Jayelle, Alex Nicole Windsor, Rainey P, Lex Wolfe, and Violet Grae are part of the all female-fronted fundraiser which supports The Sidewalk Project, benefitting houseless communities countrywide. Along with promoting the Gritty Holiday Special, we recap 2020 with these exceptional women and learn how they navigated their personal lives and professional careers through the most impactful year the world has experienced.
Soma Snakeoil, Executive Director and Co-Founder of The Sidewalk Project, says, “The Sidewalk Project is delighted to collaborate with Gritty in Pink because of their vital mission to empower women in music. “We are a female led organization that shares a similar mission to empower houseless communities around the world through various mediums, including art, music, film, and public health. We’re incredibly appreciative of Gritty in Pink’s support!” 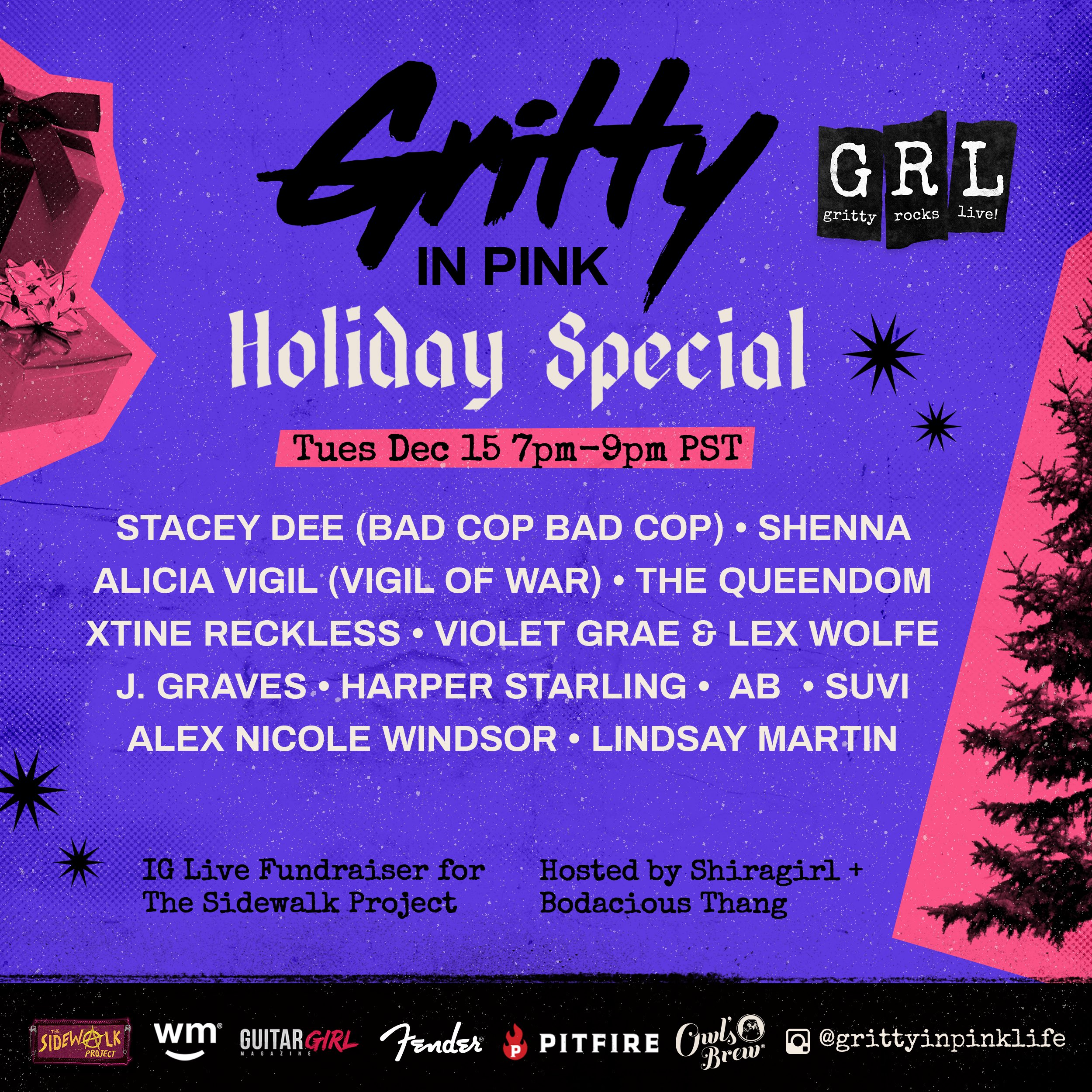