Home Blog Front and Center LIVE: Front & Center, Malina Moye, Singer-Songwriter, Lefty Guitarist, #IAmEnough Founder
Share on Facebook
Tweet on Twitter
In this episode of our weekly video podcast series, ‘LIVE: Front & Center’ the WiMN welcomes long time friend, and critically-acclaimed singer-songwriter, lefty guitarist Malina Moye! WiMN member Myki Angeline sat down with Malina to talk discuss the global impact of her single ‘Enough’ and the #IAmEnough campaign she launched in 2019, along with what exciting projects she has coming in 2021 which include new music and – a new movie!
The interview opens up with Myki and Malina reminiscing on how they met at the 2015 She Rocks Awards. Plus, Malina spoke candidly on what it means to her that Kamala Harris became our first female Vice President elect, especially as a woman of color. Myki and Malina share their experiences with our nation’s racial divide, and how the killing of George Floyd impacted their lives.
More about Malina Moye
Her hit single, ‘Bad As I Wanna Be’, reached no.1 for two weeks on the Billboard Blues Chart. Critically acclaimed and a commercial success worldwide, receiving accolades from Billboard, People Magazine, Guitar World Magazine, and many more.
Her sophomore record ‘Rock & Roll Baby’ was released in late 2014 and set social media on fire with the funk-rock anthem Kyotic, which debuted at the top of the Billboard Twitter 140 chart at number 5. In 2016, Malina’s hit single ‘Are You The One’ landed at no. 32 on the Billboard National R&B Airplay chart and was the second most added song in the country thanks to Sirius XM radio.
“Moye is one of 10 national U.S. independent artists to see,” and Billboard Magazine calls her K-yotic collaboration with Bootsy Collins “explosive.”
In 2012, Malina was the first female guitarist to join the Experience Hendrix Tour and appeared in the documentary “Stratmaster: The Greatest Guitar Story Ever Told.” Abroad and stateside, Moye’s Diamond & Guitars tour served her as an opening act with Robin Thicke and legendary rock group Journey.
Moye made history as the first African-American woman to play the National Anthem on guitar at a professional sporting event, all the way to performing at the Rock & Roll Hall of Fame tribute concert for music pioneer Chuck Berry. And recently, Malina honored the Queen of England by playing “God Save the Queen” at the Goodwood Festival of Speed for the Queen’s sixty-year jubilee.
Learn more about Malina Moye on her website here: https://www.malinamoye.com/ 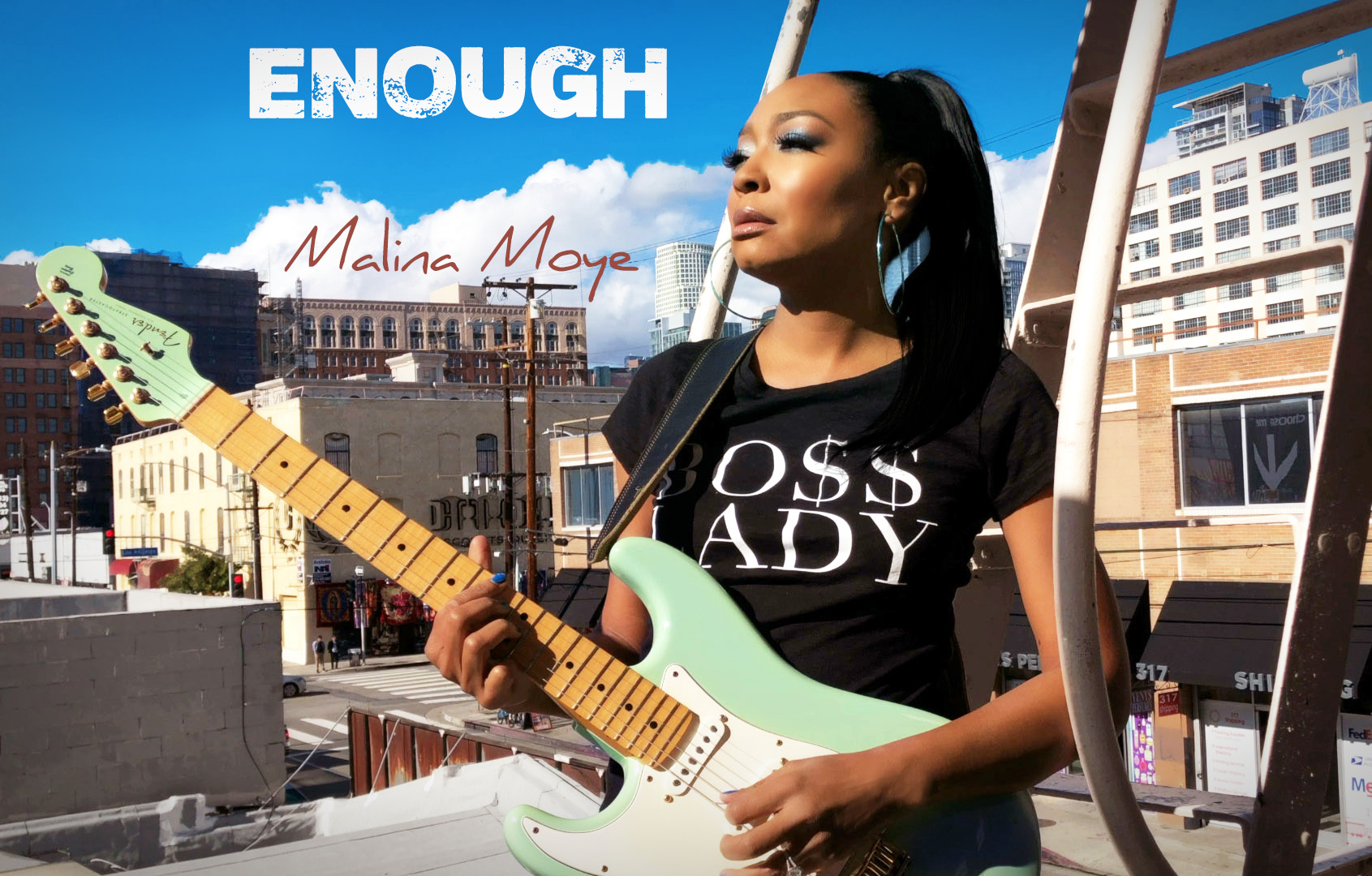