KP Wolfe is thrilled to share her new single “You Can Call Me” that is out now.

“You Can Call Me,” produced by GRAMMY®Award-winning Andrew Dawson [Kanye West], co-written with Lauren Christy of GRAMMY®Award-nominated production powerhouse The Matrix [David Bowie, Rihanna] and starring back to back winner of Adult Video News Female Performer of the Year Tori Black, KP Wolfe seduces her audience with a primal, provocative, and powerful pop song.

KP Wolfe says, “It’s about that all-consuming type of love. The kind where you’d do anything no matter the cost. That intimacy that brings out all the desperation and loneliness because now you have something to lose.”

“I wrote this song about the idea that love can overpower rationality and you kind of lose yourself in it. Writing the storyboard, I wanted to flirt with the line between love and obsession.”

KP wants to challenge the norm of casting models and adult actresses as twerking props behind a male artist. So she cast iconic adult actress Tori Black as her love interest.

When asked about casting Tori in her music video, KP explains “I wanted to show Tori as someone involved in a tender, loving and complicated relationship. Besides being a superstar in her industry, Tori is this amazingly sweet and compassionate person and I wanted to cast her in a role that reflects that. As women we can be both sexual beings and the romantic lead. And I think that’s a feminist as fuck dichotomy.”

More information on KP Wolfe can be found at her official website. 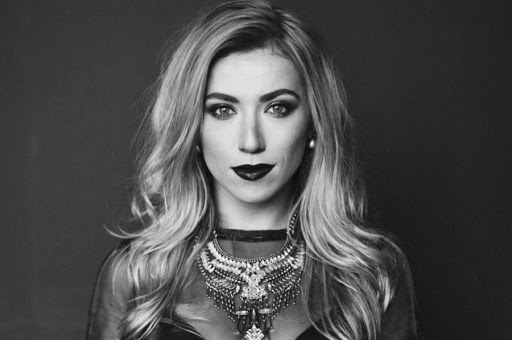