People stated that “Kacey Musgraves just might be the GRAMMY Awards’ golden girl this year”.

Their predictions came true as the acclaimed singer-songwriter took home four Grammies last night of which included Album of the Year and Best Country Album for her third full-length record, Golden Hour. She also won Best Country Solo Performance for her song, “Butterflies” and Best Country Song for “Space Cowboy,” both off of the now Grammy award-winning album.

During the Grammy Awards ceremony, Musgraves performed the heartfelt piano-led “Rainbow” and released a music video almost immediately after. Following the release of Golden Hour, GQ praised the track as “arguably the best song she’s ever recorded.”

Since its release in March 2018, Golden Hour has received a tremendous amount of praise. Variety even claimed, “it’s hard to imagine that within the next couple of years Kacey Musgraves won’t be one of the biggest stars in music.” Musgraves is also making history as the first female country artist to play Coachella and to win Best Country Album twice.

Musgraves is currently on her North American Oh, What A World Tour. For more information, check out her official website. 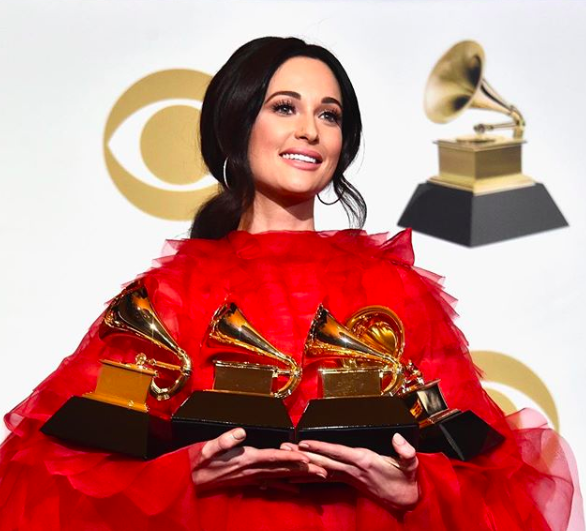