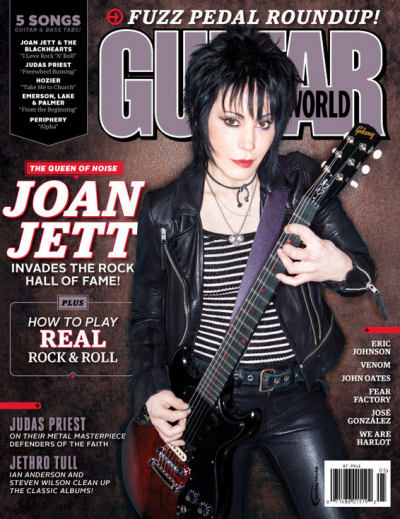 The May 2015 issue of Guitar World magazine features none other than female guitar bad-ass Joan Jett on the cover. According to our records, this makes for the fourth time the magazine features a woman on its cover in its almost 35-year history.

In 2013, Guitar World celebrated female guitarists and featured Orianthi on its cover.

Pick up the May 2015 issue of Guitar World here. Total collector’s item!