Home News Music News ‘Hurricane’ Nita Strauss Released ‘Dead Inside’ ft. David Draiman And Announces Winter...
Share on Facebook
Tweet on Twitter
Superstar guitarist and unstoppable force of nature, “Hurricane” Nita Strauss, has just unleashed her brand new single, “Dead Inside”. It’s her first new music since the release of her critically acclaimed debut solo album Controlled Chaos in 2018. But this time, Nita isn’t coming alone. “Dead Inside” features her first ever solo collaboration with a vocalist – and not just any vocalist, but none other than David Draiman, frontman of GRAMMY-nominated rock band Disturbed!
Stream “Dead Inside” here and watch the official music video here.
“This is my first time releasing my own music with a vocalist, and I am so honored to take this step alongside a legend like David Draiman. David’s voice and powerful lyrics took this song to a level I could never have imagined! And we are so excited to unleash this song on the world.” says Strauss.
“Dead Inside” is the kind of rare musical alchemy that can only be conjured by the serendipitous collaboration of two iconic hard rock powerhouses such as Nita Strauss and David Draiman. The song kicks off with Nita’s inimitably intricate lead guitar work that as the intro builds, it begins to snake its way around the ground-shaking, head-banging lead riff as Josh Villalta’s technical and bombastic drums kick in. Then comes the unmistakable vocal prowess of David Draiman as he delivers his unique signature brand of enormously catchy vocal melody and a stadium-conquering chorus. The song ebbs and flows through sonic and emotional dynamics and culminates with a brutally heavy beatdown into a final rendition of the chorus, ensuring that the lead hook will be replaying over and over in the listener’s head for days.
Draiman adds, “Serendipity can be really cool. We’ve been friends for years.  Nita sent me the track…I didn’t have time to work on it right away…then in literally a couple of days, while killing time in Santa Monica, the whole thing just came together. Incredibly proud of how it turned out and honored to be a part of it.”

PLUS, Strauss announced that she will be hitting the road at the end of the year for her Winter Wasteland 2021 headline tour. The trek kicks off in New Orleans, LA on November 10th and hits a further 28 cities across North America, culminating in Angola, IN on December 18th. Tickets are on sale now (full dates and ticket links below). VIP packages are available here. 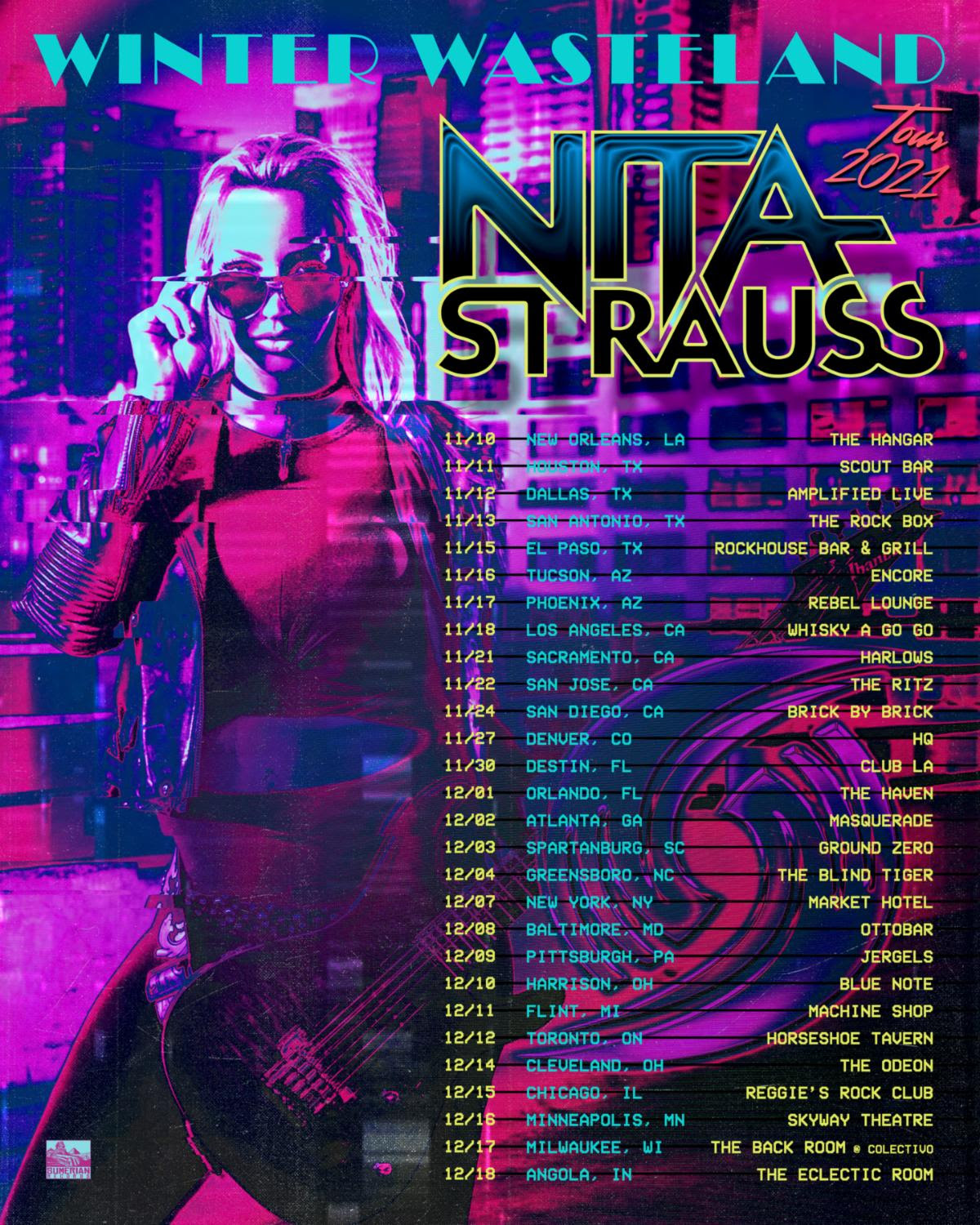