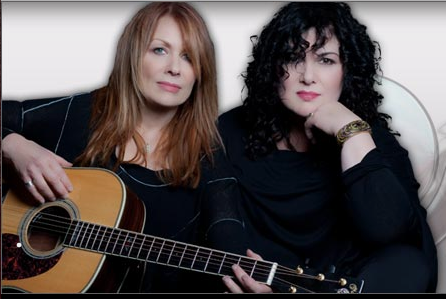 Nancy Wilson of Heart–who really needs no introduction–was interviewed by Premier Guitar magazine to talk about the band’s induction into the Rock and Roll Hall of Fame.

Wilson said that more than a trophy, being inducted “feels like a lifetime achievement award.”

“It’s really incredible to have that under our belts at this stage of our career,” she told Premier Guitar. “It truly feels like a historic kind of payoff for all of the stuff we’ve been doggedly slogging through and doing for all these years. It’s more than an award, it’s more than a trophy—it really feels like a lifetime achievement award.”

Wilson also said they told their fans they long ago that they never imagined they’d receive the honor for several factors, including the fact that they were women.

“We were just like, ‘Aw, you guys, it’s probably never gonna happen because, A) we’re not from Los Angeles or New York, and B) we’re women.'”

Read the full interview at PremierGuitar.com.