Listen to the Soundtrack HERE.

It serves as the musical companion to NETFLIX’s Bruised—which is notably the directorial debut of Academy® Award-winning actress Halle Berry who also produced and stars in the film. The film is now in select theaters, and it begins streaming on November 24.

To celebrate album’s arrival, Dallas rap star and 2x AMA nominee Erica Banks just unleashed the music video for “On They Neck.” Throughout the song, an ominous bass line simmers as Erica ignites the verses with intense hunger before winding up on a fiery hook. In the visual, she commands the spotlight from the ring with captivating footage from the film. Watch the music video HERE.

Additionally, the Soundtrack boasts H.E.R.’s “Automatic Woman” as another standout single. On the track, an off-kilter guitar riff gives way to string-laden production as her instantly recognizable delivery flutters towards the chantable chorus, “I go automatic.” Check out the full track listing below.

To set the stage for the Soundtrack, Halle sat down with Cardi B for an exclusive joint interview on Billboard. Additionally, Baby Tate teased the record’s arrival with the banger “Dungarees.” UPROXX hailed it as “hard-hitting,” and REVOLT noted, “‘Dungarees’ sees Tate showing off her wordplay.” City Girls first paved the way for the Soundtrack with “Scared” earlier this month.

“Right out of the gate, Vulture raved, “Yung Miami and JT have us on the ropes.” HYPEBEAST proclaimed, “The Florida rap duo leads with confidence, dropping bars about never being scared and remaining focused on the end goal.” Meanwhile, The FADER hailed it as “a new track that reminds us just how serious the Florida rappers can get.”

Halle released a spicy new episode of “Five Rounds” with Young M.A. Additionally, Cardi B and Halle went head-to-head in the hot seat for a rapid-fire game of “Five Rounds.” What’s more, multiplatinum MC Saweetie quietly teased her contribution to the Soundtrack by posting a hilarious social media skit in honor of Halloween with Hollywood icon Halle Berry. As part of the sketch, she dons Halle’s signature Catwoman costume only to be greeted by the OG superheroine herself. The internet-breaking clip had over 765M impressions and drew over 18.8M million IG and TikTok views. Watch it HERE.

Hand-selected by Executive Producers Halle Berry and Cardi B, the Soundtrack exclusively assembles a cohort of authentic and fiery female stars, contributing unreleased tracks and serving up what promises to be one of the fall’s hottest releases.

ABOUT BRUISED
Jackie Justice (Halle Berry) is a mixed martial arts fighter who leaves the sport in disgrace. Down on her luck and simmering with rage and regret years after her last fight, she’s coaxed into a brutal underground fight by her manager and boyfriend Desi (Adan Canto) and grabs the attention of a fight league promoter (Shamier Anderson) who promises Jackie a life back in the octagon. But the road to redemption becomes unexpectedly personal when Manny (Danny Boyd, Jr.) — the son she gave up as an infant — shows up at her doorstep. Bruised marks the directorial debut of Academy Award winner Halle Berry and also stars Adriane Lenox, Sheila Atim, Valentina Shev. 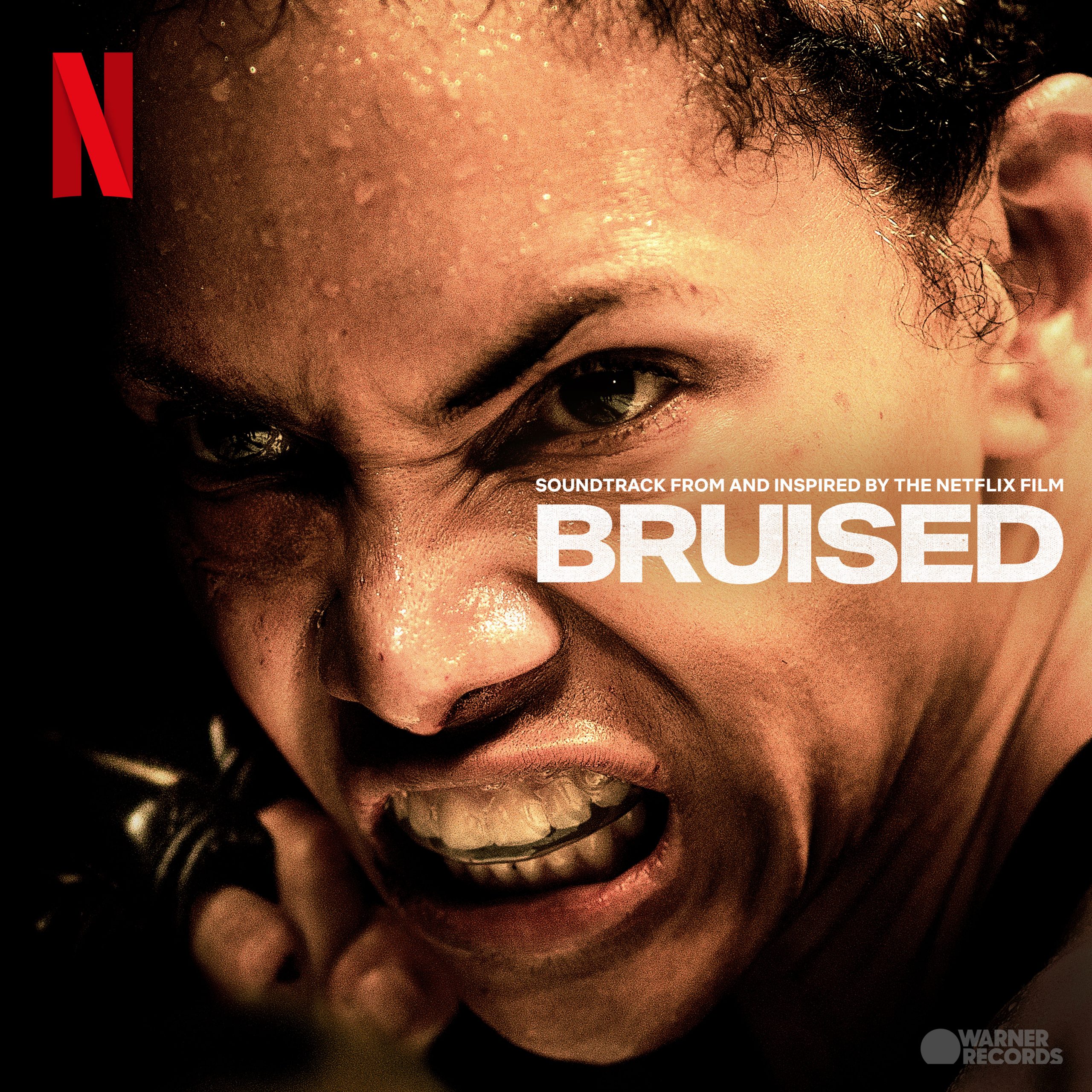