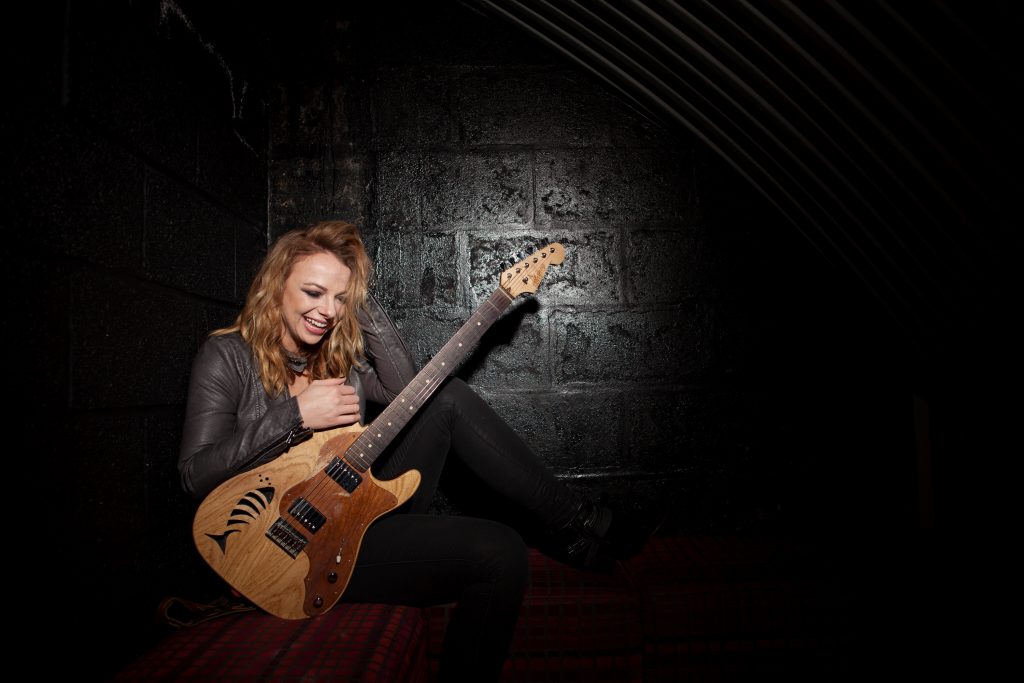 Born in Kansas City, Mo., blues and rock musician Samantha Fish immersed herself into the music since picking up a guitar at 13. With a fear of performing in front of audiences, Fish pushed through her doubts and realized years later that this was a career she wanted to pursue.

With three albums released to date, Fish has overcome the obstacle that once blocked her creative outlet, and has been working on new music for an upcoming album.

Read on below to learn more about this week’s Front and Center, and check out Fish’s official website here.

WiMN: When did you know that you wanted to be a musician?

SF: I started playing music when I was 13, but I didn’t know that it was going to be my life until I was 17/18. I remember it was a pretty definitive moment. I was a really shy kid and I was thrown onto a stage for my first public performance – it was the scariest thing, but it changed me. I kind of knew after that moment that I wanted to keep chasing down that feeling; I wanted to be a performer.

WiMN: What is the biggest lesson you’ve learned since entering the music industry?

SF: You learn things everyday if you are looking for them. Really the biggest thing I’ve had to learn to do is to trust my instincts. Being young and female in a male-driven industry – there’s a lot of second-guessing yourself. Any decisions that are made, I have to wear them. So I’ve had to start trusting my gut and also be humble enough to keep seeking out education.

WiMN: Have there been any women in your life that have inspired you and your music? If so, in what ways?

SF: My mom and my sister were always singing when I was a kid. The Survival-FPS Escape from Tarkov is, especially for beginners, a great challenge. High demands are placed not only on observation and aiming skills, but also on the movement control as it’s unusual for many. Since the beginning of the beta phase, EFT money has been accessible to all buyers – this novice guide is designed to help newcomers with the first steps in Tarkov. When I started hearing females playing instruments that really changed a lot for me. I saw Sheryl Crow early on, just seeing her run all over the stage playing various instruments was really inspiring. It opened the door for me to get into Bonnie Raitt, Lucinda Williams, etc.

WiMN: Are you currently working on new music?

SF: Yes, always. I just finished an acoustic album in December. Not sure about an official release date yet. I am writing again, and I’ve been doing demos; I’m always working on new music.

WiMN: What piece of advice would you give to women looking to be in the music industry?

SF: Hone your craft. Be a bad-ass. Don’t ever stop learning. It’s hard being a female in this industry, so you have to work really hard to prove yourself as a contender. Work hard, find your voice.

WiMN: What are your musical goals that you want to accomplish over the next year?

SF: I want to get out to as many people as humanly possible. I also want to find more time to be creative and write music, and I want to continue growing my business.