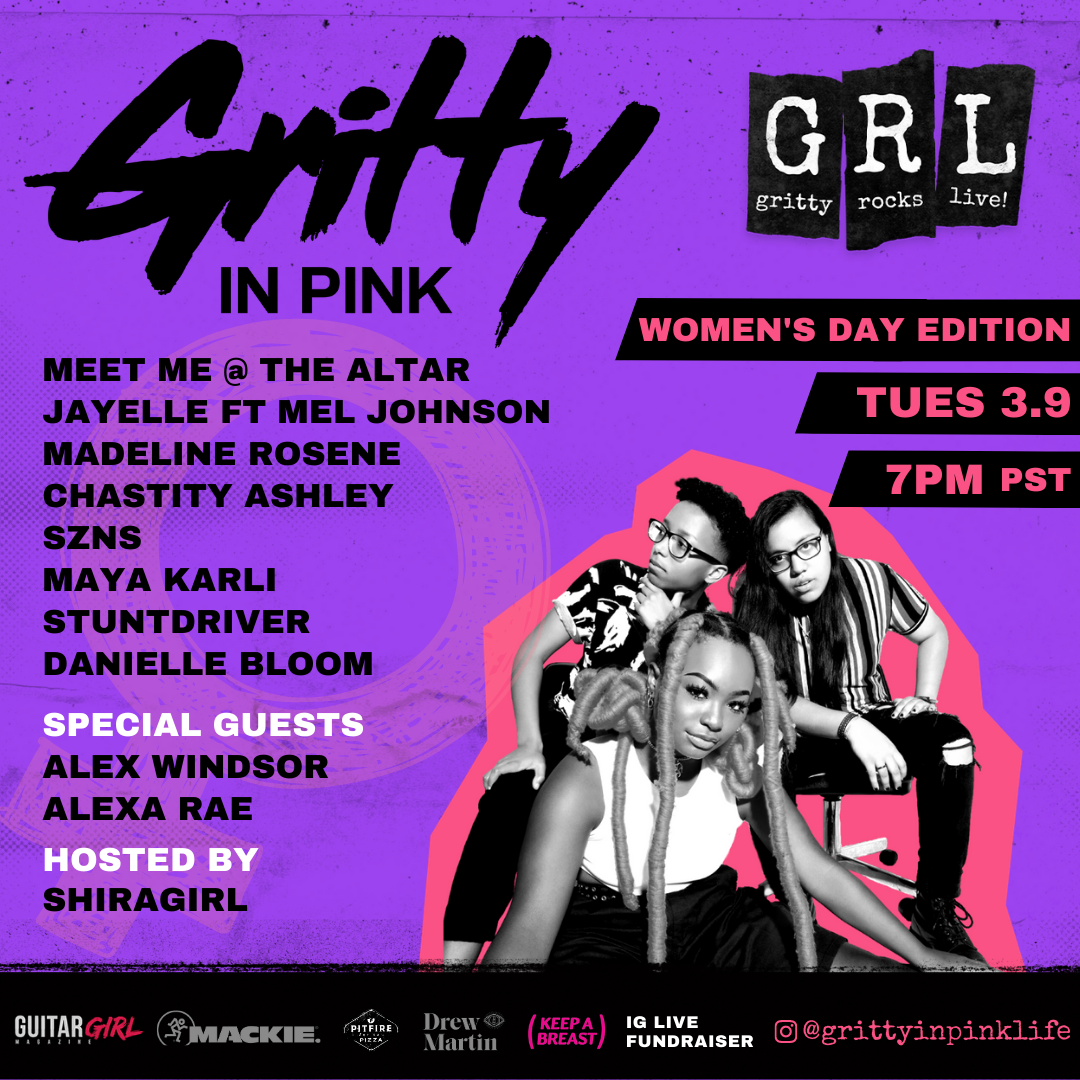 Gritty In Pink is kicking off Women’s History Month by seizing the moment to highlight its mission, with an upcoming livestream on Tuesday March 9th, the day after International Women’s Day. As a platform that aims to empower women in music, Gritty In Pink will host a powerful all female lineup for the Gritty Rocks Live (GRL) Fundraiser for Keep A Breast on Instagram Live on Tuesday, March 9 at 7 p.m. PST/10 p.m. EST.

Meet Me @ The Altar, one of the newest groups in the Gritty in Pink family, says, “We’re so excited to be a part of a fundraiser for such a great cause. As people with boobs, it’s important for us to lift each other up and shine a light on breast cancer awareness.” This announcement comes nearly one year after Gritty In Pink’s last in-person show, which also celebrated Women’s History Month, March 3, 2020.

Gritty In Pink Founder Shira Yevin says, “It seems unbelievable that it has been nearly a year since we were able to all get in a room together and play one last show before lockdown- which, at the time, we had no idea was coming. Still, our mission to empower women in music has only gotten stronger, and our community has grown exponentially online. We are thrilled to present a trailblazing lineup, including Meet Me @ The Altar, a band that is breaking barriers in many ways- representing proud women of color in the notoriously white, straight and male-dominated genre of pop-punk.” 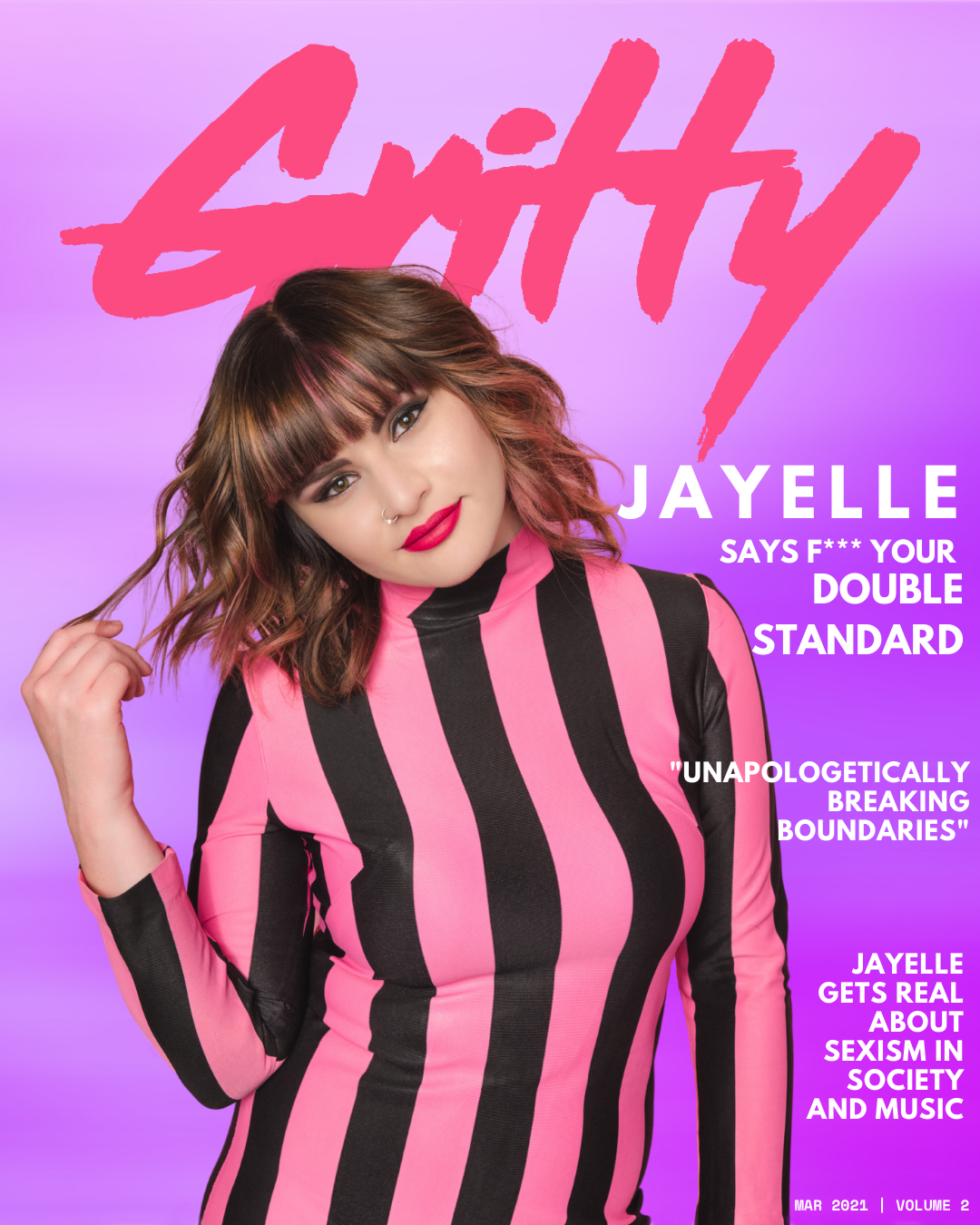 Last month, Gritty In Pink announced its first-ever Bandmate Of The Month, a new virtual magazine campaign that highlights selected artists each month. Volume 2 features breakout artist Jayelle, who has been a member of the Gritty In Pink family since its inception. Jayelle is releasing a hard-hitting new single on International Women’s Day called “Double Standard.” Jayelle, who will be featured during the livestream, says, “The live fundraisers are always such a blast. This time, I’m especially jazzed to be performing my new song ‘Double Standard,’ which is a statement that I’m really proud of, and encompasses a lot of frustrations that I’ve struggled with as a woman, for my entire life. In society, women are expected to be a million contradicting things at once, and it’s an impossible standard to meet. My hope is that it resonates with women everywhere.”

The Gritty In Pink team has many upcoming projects in the works, including some compelling partnerships, such as a new sponsorship with Mackie. The music gear company will be gifting Gritty In Pink artists with audio equipment, such as their Creator Bundle, to support their endeavors in the online content space. Gritty In Pink is also beta-launching the GRID, a new private network for women in music to connect.

Gritty in Pink is a new platform empowering women in music through performance, partnerships, and networking opportunities. Founder Shira Yevin has a legendary history of breaking down barriers and carving out a space for women, as the creator of the Vans Warped Tour Shiragirl Stage, which featured 300+ female musicians, including Joan Jett and Paramore. Gritty in Pink continues that legacy of providing community and a stage for female voices in a male-dominated industry, having showcased 160+ artists with a collective IG following of over 2.6 Million. Follow @grittyinpinklife and @shira_girl on Instagram, and visit the website grittyinpink.co for more info.

Keep A Breast is a nonprofit organization with the mission to empower young people around the world with breast health education and support. They just launched the brand new ‘Keep A Breast’ app to honor their 20th Anniversary! Learn more on their website at: www.keep-a-breast.org.