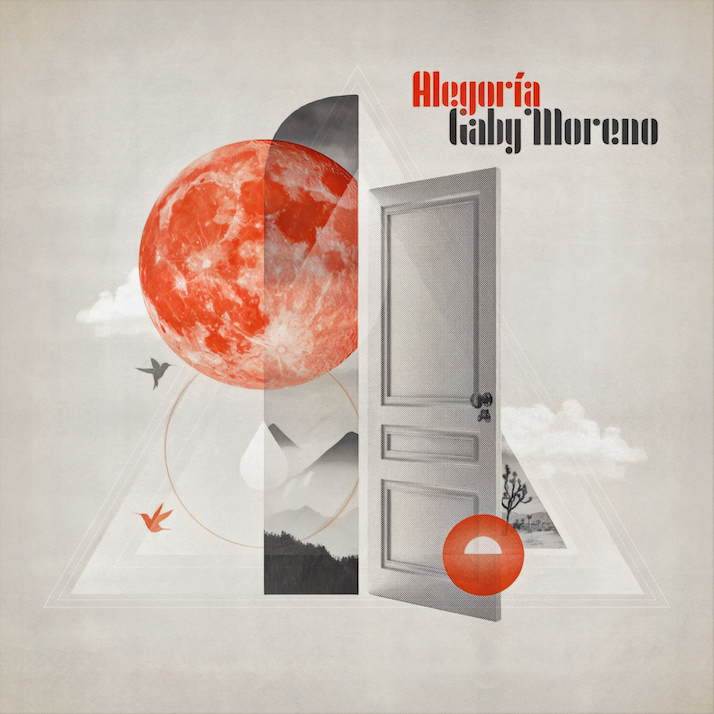 GRAMMY Award-winning singer-songwriter and producer Gaby Moreno has announced her seventh full-length album, Alegoría, will be released Friday, April 22. Coming out on Metamorfosis, the 11-song collection showcases a new musical layer to her colorful career. The album’s single, “Nobody’s Wrong”, is set for release on Friday, March 11 and is available for pre-save now (here).

The self-produced Alegoría — songs in both English and Spanish exploring themes of hope, love, nostalgia and desolation — marks her first new album since 2019’s ¡Spangled!. The new album features her guitar heroes Marc Ribot and Davíd Garza, among others.

Armed with a warm, soulful sound, Gaby Moreno continues to create music that offers an intoxicating invitation into her musical world for English and Spanish speakers alike. “It was always natural to me to create music using both languages because I speak both in my everyday life,” notes Moreno. “I just couldn’t turn my back on one or the other. I’m proud of my Latin roots, of being a Guatemalan immigrant. I love how languages have the capacity of connecting with so many different cultures and people. But in the end, it’s the power of music that speaks to all of us and brings us together.”

With Moreno self-producing Alegoría, she wanted to move into a new sonic landscape — “one that was more guitar-driven, leaning sometimes towards folk-rock and sometimes experimental” — she says. “It was important to first lay down the foundation with my band and later take a step back to listen and see if the song needed more layers.” For the new album, Moreno summoned her stellar rhythm section; Kimon Kirk on bass, Sebastian Aymanns on drums and Mike Piersante in the engineer chair.

Whether it’s writing and composing for film/TV, producing other artists, finding her place in the voiceover world or working on her own music, Moreno remains fully immersed in music. She finalizes that across Alegoría, “each song sets a different mood – a rocker, a lament, a lullaby, a simple happy song. I can only hope there’s a little something for everyone.”