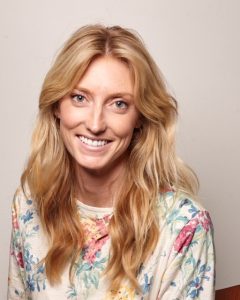 In the business world, there are folks who will tell you that experience speaks volumes, while others will insist it’s not what you know, but who you know. Ursula Kneller is a fine example of both! Over the course of her career for major labels, she’s created, maintained and leveraged strong working relationships while learning about a multitude of key areas including marketing, operations, project management, change management and transformation. Kneller’s contributions and accomplishments propelled her up the ranks at EMI, Capitol Studios and Universal Music Group.

Currently, she’s the director, process innovation at Universal Music Group, which is home to some of the most iconic labels & brands in music today.

The WiMN: What attracted you to a career in the music industry? And what role did music have for you growing up?

UK: When I was 11, my parents noticed that I was always singing around the house – it was rare that I was not singing – so they enrolled me in singing lessons. I grew up being classically trained as a vocalist and all my studies from then on were very focused on music performance and theory. It never really occurred to me that I would do anything else. I love the strategy involved in the industry. It’s obviously very creative,  but there’s a lot of planning and strategy behind the music, and that’s what I love being involved in.

The WiMN: You spent a portion of your career working for the iconic Capitol Studios. Can you tell us how you first got involved with the company?

UK: I was the executive assistant to the Head of Strategy for the Studios, Barak Moffitt, and I had to schedule an appointment for him to interview a marketing manager. Before he had a chance to meet with the candidate I went into his office and said it sounded interesting and would he give me a chance to fulfill the position. I ended up growing the role from just marketing to overseeing all the ancillary activity and revenue growth. It was a lot of fun and I got to work with an amazing team.

The WiMN: You were involved in Capitol’s 60th anniversary celebration. What were some memorable parts of that celebration? Did the anniversary give you a glimpse into the role of women in music over those years?

UK: I was so lucky to oversee the celebrations for the 60th anniversary; it was one of the major highlights of working at Capitol. Again, we had such a great team in place who all worked together so well. We also relied really heavily on other teams at Capitol Music Group to help us where we didn’t have expertise – everyone from the lawyers who helped us with the legal aspects, to the video and marketing teams who helped us host a press event with a live artist performance. Some of the key players in the task force were strong female industry figures: Karen Webb, who managed the PR, Paula Salvatore, who runs the studios, and Maureen Schultz who runs the facilities at Capitol but also works with the Hollywood Chamber of Commerce and helped us with all the permitting and logistics.

The WiMN: your current title at Universal Music Group, Director Process Innovation, is fairly unusual. Can you give us an idea of what your role encompasses?

UK: Our team works with all the labels at Universal Music, globally, to respond efficiently to changes in the music industry, including where we’re expanding our focus on new media, and innovations in music distribution. This means whenever we need to change the way we work to participate in new areas of business, our team helps manage that with the labels. It’s really exciting, given all the change in the past few years, and it means I get to work with many different types of people from all over the world – from the creatives, to the lawyers and everything in-between.

The WiMN: what are some previous roles and some skills that helped you prepare for this position?

UK: Because my job is to get people to change the way they work – which isn’t easy – it’s important to be able to build good relationships as a foundation for success. When I was at Capitol Studios, our team was relatively small and we often had to call in favors from other teams. I was able to do that because I maintained good relationships, and many of those people are still my close friends now. I definitely rely on the ability to make friends quickly for my role now!

The WiMN: You work in a side of the business that traditionally has been male-dominated. Have you ever felt discrimination as female in the business? If so, how did you handle it?

UK: I’ve been so incredibly lucky to work both for women and men that are so supportive of women in the industry, both from my time at EMI music publishing and at Universal, so for the most part I’ve been shielded from any situations where I’ve felt marginalized. However, there have definitely been instances where I’ve been in meetings with labels or label teams and I look around and it’s solely men. Universal is doing a great deal of work now to resolve gender disparities at the higher executive level, which is great, and I’m currently participating in a pilot program called umSHE Leads, which provides support for women in leadership roles.

The WiMN: what is something you’d say to other women looking to break into, or advance their careers in some aspect of the music business?

UK: I’d say go for it with everything you’ve got! People respect those who show initiative and work hard, whether you’re a woman or a man. Don’t ever let anyone make you feel like you’re not smart enough to succeed; that usually comes from insecurities. Take advantage of the people and resources available to you.  I’ve solicited advice from people who are more experienced than me throughout my career and it’s taught me so much. I wouldn’t be where I am today without the help of some amazing mentors. ALWAYS support other women; don’t feel like you’re in competition with one another.

The WiMN: As a WiMN advisory board member, what are some initiatives you’re looking forward to working on in 2019?

UK: I’m really looking forward to getting more involved in the various support platforms for women in the industry, for both the WiMN and the Universal umSHE LEADS initiative; anywhere I can get involved is really exciting. I’m also on the board for A Little Hope Foundation, which is a non-profit organization that supports underprivileged children through healthcare, education, and youth leadership development. We’re in the planning stage of organizing a fundraising gala so I’m super excited that Louis Hernandez Jr, the founder, invited me to participate with that. I’m also excited to see where my role at Universal takes me and what new areas of the business I can get involved in.