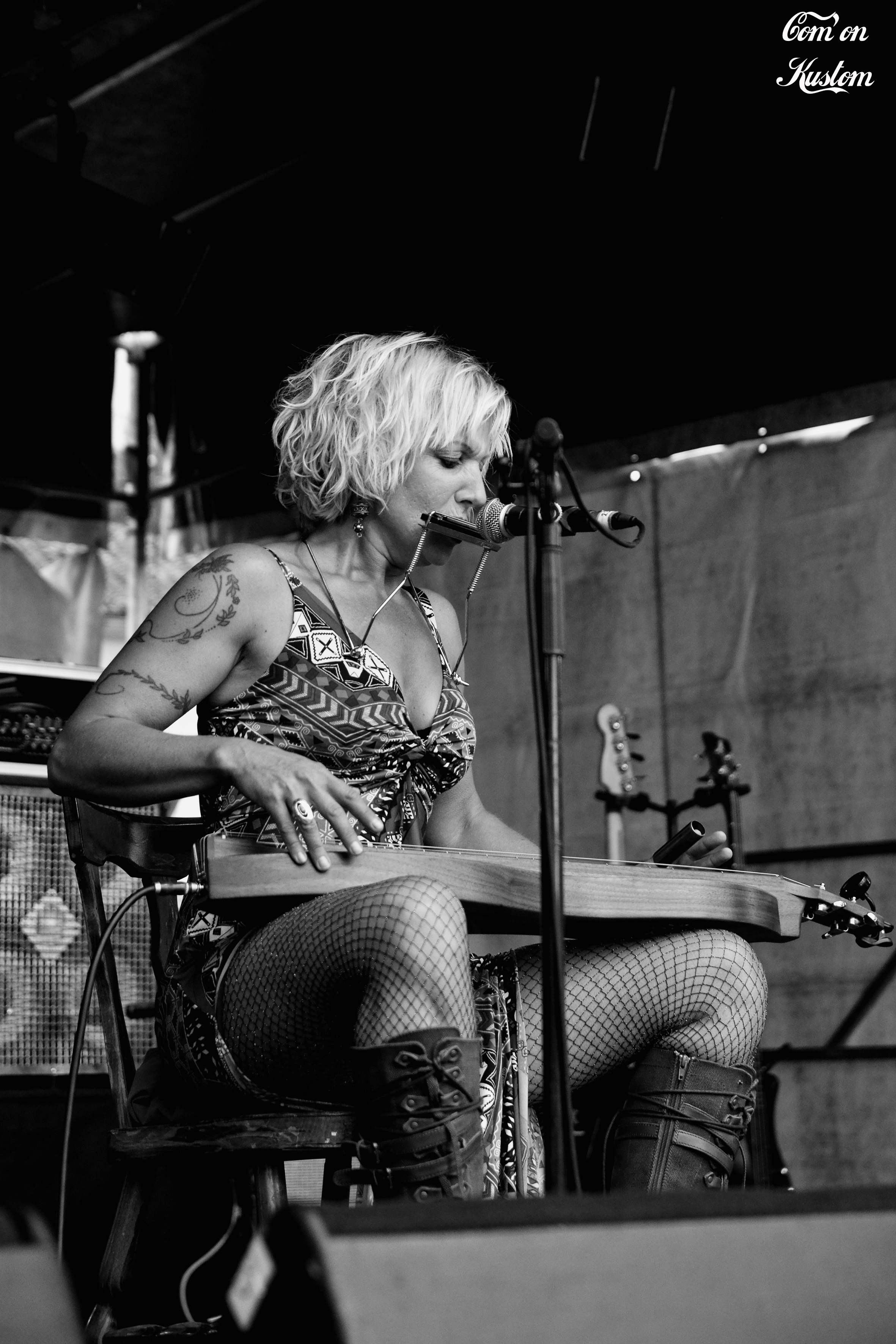 Sofie Reed’s charisma shows itself in every one of her songs.

Originally from Sweden, she left her native town of Ludvika for the U.S. at 18, and found herself in Minneapolis, Minn., in an entirely new part of the world.

Reed freelanced as a stylist within the local music scene until one of her clients, Sheila Charles (daughter of Ray Charles), hired her as a back-up singer, thus launching her career as a session work singer in the Twin Cities and beyond.

Reed is a self-taught musician, playing harmonica, guitar, lap steel guitar, ukulele, dulcimer, and percussion with the help of stomping on an old wooden wine box. She has recorded three CDs, and is an independent touring artist.

Reed currently resides in Buffalo Creek, Colo. Check out her official site and support Reed’s albums on her BandCamp page.

WiMN: You’ve got such a classic blues voice. Who are your biggest influences?

SR: I made a conscious choice to do my best in finding my own voice early on in my career, so surely life and its journey are really my greatest influences.

WiMN: Other than the blues, which genres of music do you enjoy playing most and why?

SR: I call what I do Roots music, which would include both blues and folk, and whatever else comes from a simple setting of sound. I love Jazz, R&B, Funk, Rock’n Roll… It’s all music to me, and why I love it is because all of it moves me!!

WiMN: Moving to a foreign country to pursue your dreams can be frightening. What advice would you give to other women seeking to follow their dreams, but may be afraid to do so?

SR: Artistry is a tough journey, and tougher if you think the world “cares.” To follow one’s dream, you have to let your own spirit guide you… You have to learn to listen well to that spirit, and keep the channel free and clear of what does not belong. Keep goals attainable where you have control and remain the owner of your dream.

Don’t give up because you are going through a hard time, rather work through it as there is a lot to learn from such a feeling… It’s all in what you make of the experience.

WiMN: What’s the biggest lesson you’ve learned since starting off in the music industry?

SR: There are many big lessons… The biggest are how to survive all of the illusions of people in and around the music industry, and to stay true to your goal – keep on going with or without the support.

WiMN: You play so many different instruments, and you’re self-taught. Was there any particular instrument you had a hard time with during the beginning phase?

SR: They are all hard in the beginning phase!!!

WiMN: Where is your favorite place to visit while touring?

SR: I don’t think I have a one favorite place…  I love them all!

WiMN: You’ve got a new album set for release fall of this year; tell us about it.

SR: As more dates were added to my tour schedule, my recording was delayed, so my new solo CD may not be complete until after the New Year. I’ve added pedals of different sorts to the dulcimer, because in a way it adds another dimension. I have not decided yet what to name my new collection, so we’ll see!

I have another couple of projects in process, and PeaceandEarth.com is one of them. It’s a project with artists writing songs in themes of the projects name – “peace” and “earth.” As well as a Holiday recording, I’m also working on a project with Lee Oskar.

WiMN: What are your plans for the rest of the year into 2016?

SR: I’ve been busy touring this year and I have a couple of trips left – in between I write music and record. It looks like 2016 will be even busier, with a few fun opportunities I will be announcing soon on my website! 🙂