The WiMN’s Front and Center is a weekly column that showcases accomplished women who work in the music and audio industries. We spotlight successful female performers, manufacturers, retailers, educators, managers, publicists, and everyone else in between. Want to be featured? Learn how here 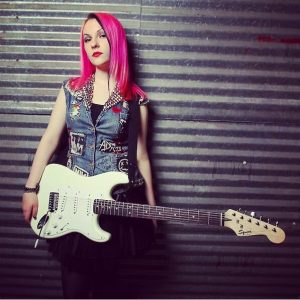 Front and Center: Singer, Guitarist, and Drummer of Ultrahazard and Melomaniac, Violet Staley

There is a bit of a movement happening on the south side of Chicago. A group of younger bands that have rejected their peers love of computerized music are embracing the old school styling’s and methods of playing real instruments; writing songs that echo some of the best of our punk and alternative musical history.

It was said that rock n’ roll will never die, but while those of us who love the genre are waiting for it to either gasp its last breath, or resurrect like Lazarus, the heart of Punk Rock has not grown weak. Like the Tell Tale Heart, it’s under the floorboard letting you know it isn’t dead yet.

One unique twist to this little group of bands in Chicago is that the driving force behind many of them are the women that play in the bands. Nothing replaces the raw and brutal energy of youth than Violet Staley, and “Bruised Violet,” as she calls herself, is letting nothing hold her back. Check out both Facebook pages for Ultrahazard and Melomaniac, as well as the Band Camp pages for Ultrahazard and Melomaniac.

WiMN: Tell me about both Ultrahazard and Melomaniac, and why two bands?

VS: Ultrahazard is a Chicago-based political punk band. We would describe our sound as being ska punk crust-pop fun. We stand for unity and equality. We sing about topics ranging from feminism, solidarity amongst artists, class war, roller derby, and revolution. All four of us come from different musical backgrounds such as Riot Grrrl, jazz, punk, and reggae, but our music sounds like a mix of Star F*cking Hipsters, Bomb! The Music Industry, The Distillers, and We Are the Union.

The lineup of Ultrahazard is Eli, Nick, Saffron and I. I play guitar and sing, Eli plays bass and sings, Saffron plays guitar and sings, and Nick plays drums. The band started in a Girls Rock! Camp, which is a super amazing camp that I recommend every girl between the ages of 8 and 16 go to while they can! You form a band, learn how to play the instrument of your choice, write a song and then perform it at the end of camp show (all in one week). After camp we decided to keep the band going and take it further. The band has been growing up with us and it’s really cool to look back and see that.

The more we expand our taste and knowledge of music the more you can hear that in the music. It’s been one of the greatest things ever in my life – to be in a band with my best friends, grow up with each other, have our music to listen back to, and hear and feel that change.

Melomaniac is a 3-piece horror rock and roll band based in Chicago. We have been a band since December 2015. We formed because our friend Jessica was telling us about how she missed playing music after being done with her time at the School of Rock in Chicago. The thought of being in an all-girl band with two of my best friends was super exciting. So far, we’ve been writing songs about horror movies and true crime bass.The lineup of Melomaniac is Saffron, Jessica and I. I play drums and sing, Saffron plays bass and sings back-up, and Jessica plays guitar.

WiMN: What has been your experience in the music scene as a woman? Do you feel an advantage/disadvantage?

VS:  I’m grateful that my interest in playing music sprung out of attending Girls Rock! Camp, because that really prepared me for the experiences I have encountered in the music scene as a woman. I learned about Riot Grrrl and the history of women in rock and beyond.

Learning about Riot Grrrl and feminism opened so many doors for me. It made me stronger as a person and as a musician. I have experienced discrimination at shows, because of my gender. Guys assume I’m just the “merch girl” instead of one of the actual band members, being asked stupidly ridiculous questions like, “How do you play guitar with your finger nails?” by some guy in one of the bands we were playing with, or watching guys in other bands greet the two guys in my band all excited and bro-like, but then looking past me, as if they can’t talk to me the same because I’m a girl.

I don’t want to say that being a woman in the music scene is an advantage or disadvantage, but I will say that I have been ignored or thought of as lesser of a musician because of my gender.

WiMN: If you could change anything about being a woman in the scene, what would it be?

VS: If I could change anything about being a woman in the music scene I would make it so that it doesn’t matter what your gender is! Whatever you identity with, you have the right to express yourself and make the music that you want.

WiMN: Who is your main musical role model and what made you want to be a musician?

VS: It’s really hard to pick one person as my main musical role model. I think my biggest musical influence isn’t a role model, but a movement. Riot Grrrl really changed the way I think about music and the way that I play music. It was really empowering to discover all of these amazing all girl bands, because most of the bands that I listened to when I was younger did not have women in them.

I am a musician because I want to make a difference in the world, and the best way that I know I can reach people is through my music. Through my music I can share ideas, I can express my feelings with more than just words, and I can show the world that girls can do anything.

VS: Ultrahazard’s biggest goal is to finish recording our first full-length album. Melomaniac is also working on recording, so we can put out an EP. I think the biggest goal that both bands have is to just really get our music out there and play even more shows. Both bands have yet to tour, but we have been talking about making a tour happen really soon, especially with Ultrahazard because of our new album coming out soon.

Dawn Perreault lives with her husband Mark and their boxer Scooby, in a suburb of Chicago. When she is not busy chasing her grandson around, she loves to write about local bands and musicians and also sings and writes original music. 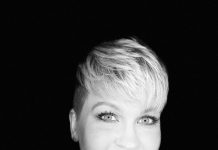 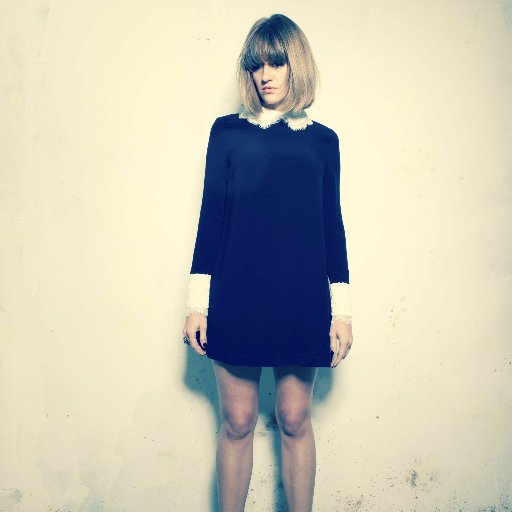