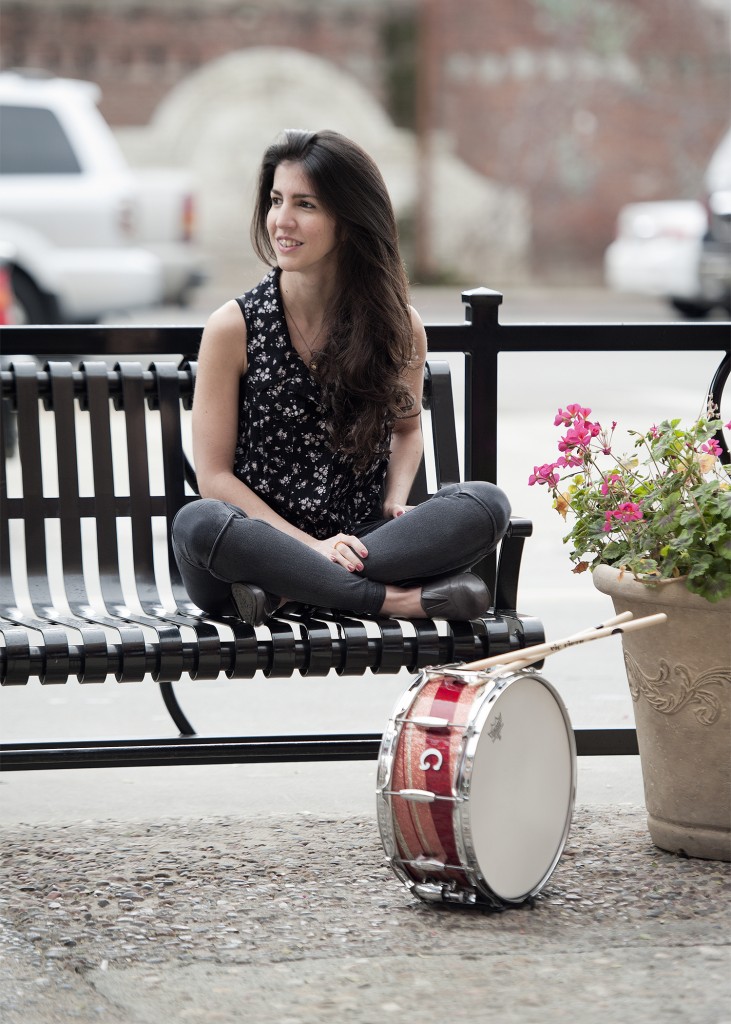 Lorena Perez Batista from Punto Fijo, Venezuela, has music in her DNA. At her young age, she has already done more than some will accomplish in their lifetime.

It all started when she packed her bags to travel overseas from Venezuela to the United States to pursue an opportunity most would consider unachievable – applying to the ultimate destination for musicians, Berklee College of Music in Boston, Mass. But there are no obstacles for Perez Batista.

Since her arrival to the United States, she has landed an endorsement with Gaai Drums; written for the world’s only magazine dedicated to female drummers, Tom Tom Magazine; and earned a spot in the top five worldwide players in the Hit Like a Girl drumming contest, for which she became the Venezuelan ambassador this year.

But there’s a lot more. Perez Batista has played as a supportive artist to music giants like Latin Grammy Award-Winners Camila, Belanova and Javier Limón; written music for movies like Christmas in Palm Springs and orchestrations for documentaries like Conquest of the Skies 3D.

She’s currently an audio engineer at RMI Music Productions, where she works with Multi-Platinum recording artist Russ Miller, who is now in the process of recording an album for South Korean artist Lee Moon Sae. She’s also tapping into the educational world with Wondertree Kids by developing an exciting project that combines original music, dance and sign language for children, providing early learning experiences to foster their development through music. In addition, she teaches drums at the Academy of Music for the Blind; a non-profit organization dedicated to provide music education to talented blind students.

For more on Lorena Perez Batista, visit her website at http://lorenaperezmusic.com.

WiMN: What do you think the perception of female musicians is like in Latin America?

LPB: I think we have great female musicians but maybe not enough of them. And like in the rest of the world and in the music business, men outnumber women and that can be a challenge.

When I was growing up in Venezuela I remember there were more well-known worldwide Latin female acts like Celia Cruz, Gloria Estefan and Olga Tañón. Nowadays I feel like most of them are hidden treasures that might not get the exposure they deserve. For example, singer-songwriters like Natalia Lafourcade and Marta Gómez, or albums like Raíz by Lila Downs, Niña Pastori y Soledad should be heard more! There are other upcoming female musicians like Mariana Vega, Linda Briceño and conductor Alondra de La Parra who are currently demonstrating what they are really capable of: proving that as female musicians we just have to work a little harder and speak a little louder to be heard.

WiMN: What prompted you to choose drums over other instruments?

LPB: Since I was a little girl drums and rhythm have fascinated me; I used to dance everywhere I went! Growing up I used to make drums using anything that I would find in the house and played along with my favorite songs. That led my mom to realize I had a real interest in the instrument so she got me a drum set and a drum teacher. That decision determined what would happen next!

WiMN: Who are some of your favorite drummers?

LPB: I have always enjoyed playing drums as an accompanist who makes people dance and not as a soloist who is put in the spotlight. So I grew up playing along songs by Michael Jackson (JR Robinson, Jeff Porcaro), and bands like the Foo Fighters (Taylor Hawkins), Incubus (José Pasillas) and Los Amigos Invisibles (Juan Manuel Roura/Mauricio Arcas). All of them really influenced my playing. I also love playing music that has heavy percussion like South American Folk, Caribbean and Flamenco music. Originally this type of music doesn’t have a drum set so I like to work on adapting those rhythms to the set.

WiMN: Whom would you love to share the stage with?

LPB: One of the singer-songwriters I mentioned above, Natalia Lafourcade. I admire her work, growth and versatility, and I believe there is nobody who can compare to her. She really loves what she does and she transmits that love through her music, voice and lyrics. Every album she has released has a very different theme and sound and I appreciate how she has accomplished that with dedication, great collaborations and pure genuineness.

WiMN: Describe your experience of attending Berklee, from the moment you decided to apply, to traveling from overseas and getting accepted. What were the biggest challenges? What was the male to female student ratio like at Berklee classrooms?

LPB: I never imagined I would be able to study at Berklee, it seemed impossible to me. Why would a small-town girl from Venezuela dare to travel to the freezing city of Boston? And to study music? However, my family and my incredible colleagues and professors from my previous school, Miami Dade College, encouraged me to apply to Berklee. So with a lot of research and help from others I was able to prepare a great audition that led to a scholarship.

Once there I noticed that the male to female ratio was around 70/30 so I got used to being the only female drummer in the room! But I must confess, sometimes that would work to my advantage.

Berklee was a wonderful learning and growing experience. I had the chance to share the stage with internationally recognized artists, study with award-winning composers and performers, and meet amazing people from all around the world with whom I have the pleasure of working with now.

WiMN: Tell us about your experience working in Los Angeles.

LPB: After spending almost a year in Venezuela performing and writing music for television, I decided to move to Los Angeles at the end of 2013. The city gave me a warm welcome with a scholarship from the Women’s Music Summit presented by the Women’s International Music Network (WiMN), and a chance to perform with former Michael Jackson guitarist Jennifer Batten and former Béyoncé bassist Divinity Roxx. That day I knew I had made a great decision by coming to L.A.!

From there on I have performed with artists like Shahkar Bineshpajooh, singer-songwriters like Robert Reid Gillies and Moises Velasquez, and at television shows like El Show de Platanito with an exciting all-female band.

I have also been working with award-winning composers like Sandro Morales, Juan Carlos Rodríguez, Elik Álvarez, Freddy Sheinfeld and Joel Douek. I have had the opportunity to write music for movies like All I Want For Christmas and Christmas in Palm Springs, and for soap operas like Los Miserables for juggernaut broadcast television network Telemundo. I have also worked as an orchestrator for the latest documentary for IMAX 3D for David Attenborough’s Conquest of the Skies 3D, and as a second engineer on the album Rhythm Sphere for multi-platinum recording drummer Russ Miller and percussionist Pete Lockett.

WiMN: Can you tell us more about your current projects?

LPB: I work at RMI Music Productions under the guidance of Russ Miller, where we are currently recording for a new album by Korean artist Lee Moon Sae. I am also composing and producing a series of albums for Wondertree Kids, a learning and development center for children. It will be an exciting project that combines original music, dance and sign language for kids, providing early learning experiences to foster their development through music. This year I will also be performing live with artists like Robert Reid Gillies and Moises Velasquez, and I will continue to write original music and record drums for TV stations and independent artists.